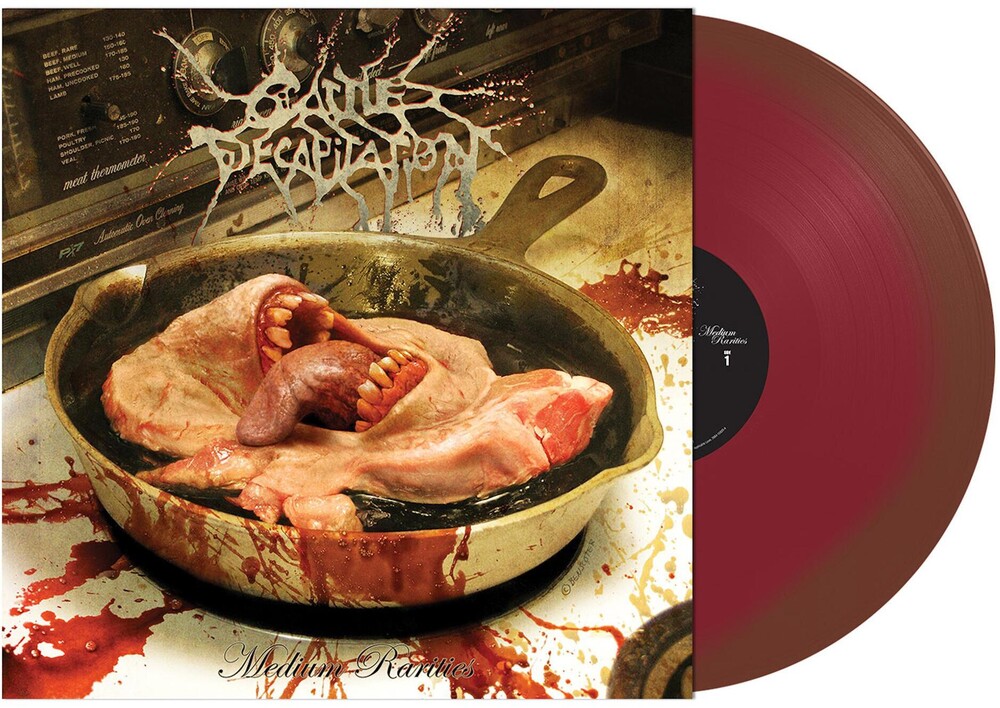 Limited colored vinyl LP pressing. "Medium Rarities is a project we started about 10 years ago and the band is thrilled to see it finally happen! In 2008, I started compiling unreleased tracks, import bonus tracks and 7" releases for a rarities release and even had the art created by the legendary Wes Benscoter when we discovered that a key track was missing that we wanted to include on it. Our album To Serve Man had a bonus track ready in case there was a Japanese version released but that never happened and the band members' copies of the track got lost, seemingly forever!