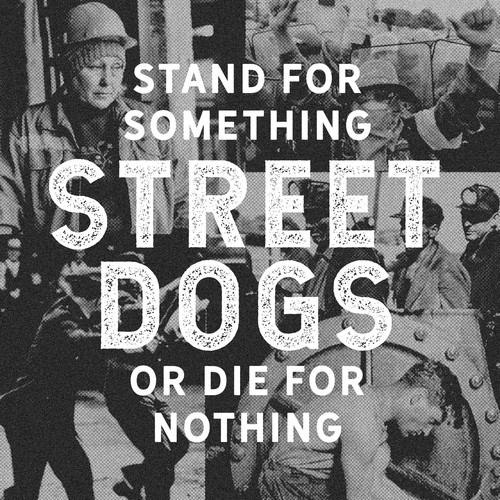 Stand For Something Or Die For Nothing [LP]
Artist: Street Dogs
Format: Vinyl
New: Not in stock
Wish

Limited 180gm vinyl LP pressing in gatefold jacket. 2018 release from the Boston-based punk band. The 11-track was recorded at Woolly Mammoth Studios, Sugarland Studio, and Q Division Studio, and produced by bassist Johnny Rioux, mix by Sean Cahalin, and mastered by Jeff Lipton. Virtually everyone in the punk rock world knows who the Street Dogs are. Many know what they stand for, but millions of people out there have yet to find out that this is a band out there fighting for them. "Not without a purpose, not without a fight!" is the real-life battle-cry from these real-life champions of the common man & woman. Mike McColgan, a veteran of the (first) Gulf War and original frontman of Boston's infamous Dropkick Murphy's, needed an outlet for his musical drive and ambition after having left DKM. He formed Street Dogs in 2002 and has never looked back.