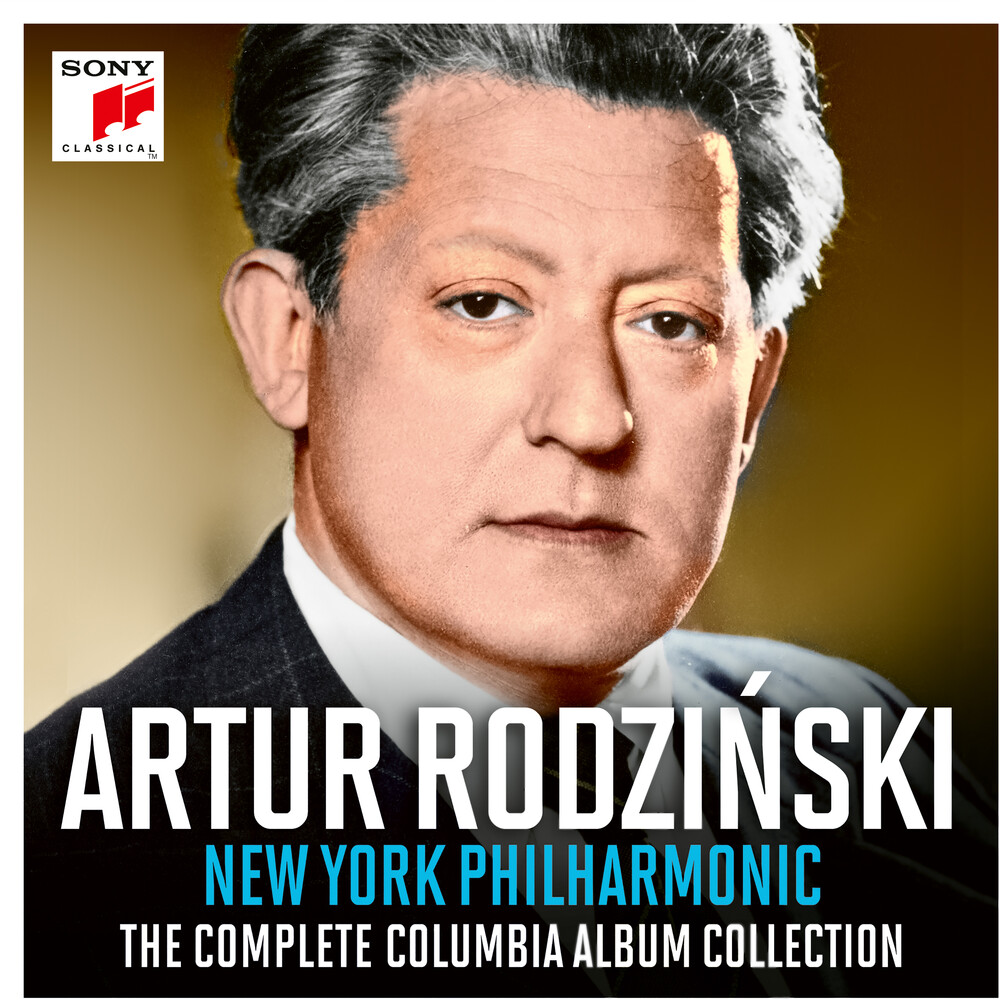 He has been called the most exciting younger conductor in the USA during the 1930s. Artur Rodzinski (1892-1958) galvanized audiences wherever he appeared as a guest, including Philadelphia, where he worked with Stokowski, and New York, where his 1937 concert performance of Strauss's Elektra is still considered a landmark in the Philharmonic's history. Earning a reputation as a builder of great orchestras, the fiery, volatile Polish conductor headed up and developed the Los Angeles Philharmonic (1929-33) and the Cleveland Orchestra (1933-43), and in 1943, became music director of the New York Philharmonic. Rodzinski amassed a fairly sizable discography in a relatively short recording career. During his Cleveland tenure, he made a number of important recordings for Columbia Masterworks, and he continued his association with the label after taking up his post in New York. Sony Classical's new 16-disc box set of Rodzinski's New York recordings, largely recorded in Carnegie Hall between 1944 and 1946, will fill an important gap in the classical catalogue. Rodzinski was perhaps most closely associated with the Russian repertoire and Wagner. Both are prominent in Sony's new collection, including Tchaikovsky's "PathĂ©tique", Rachmaninoff's Second Symphony, Mussorgsky's Pictures at an Exhibition, Tchaikovsky's "Mozartiana" and Nutcracker suites, Prokofiev's Fifth Symphony and Rachmaninoff's Second Piano Concerto with soloist GyĂ¶rgy SĂˇndor. Wagner occupies two well-filled discs, featuring the great American soprano Helen Traubel with other distinguished artists from the Metropolitan Opera, including baritone Herbert Janssen as Wotan. Artur Rodzinski's range is further reflected by generous samplings of French music (Saint-SaĂ«ns' Fourth Piano Concerto with Robert Casadesus and various works by Bizet, Ibert, Franck, Satie, Offenbach and Debussy), American repertoire (Gershwin, Copland and Morton Gould) and symphonies by Brahms (Nos. 1 and 2) and Sibelius (No. 4). This meticulously transferred and remastered collection of Rodzinski's New York Philharmonic recordings represents a generous reward for the conductor's many patient admirers.