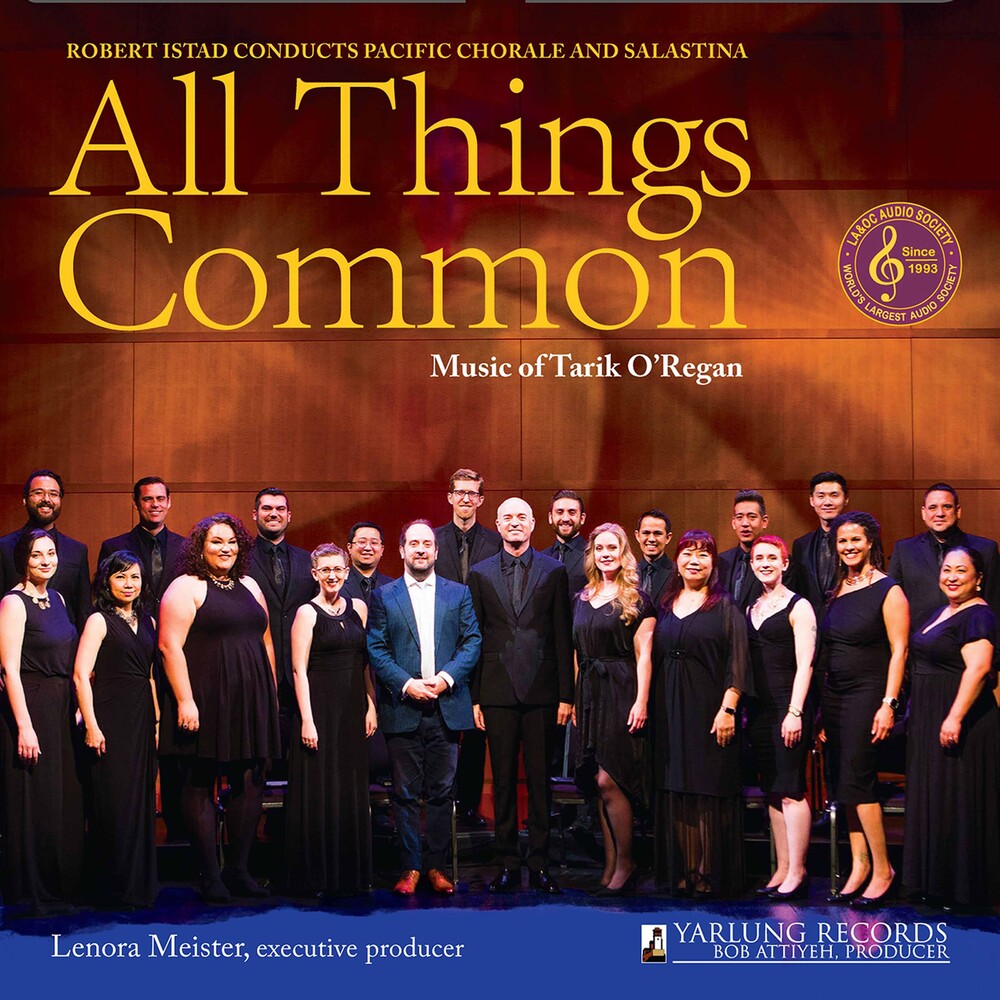 Music director Robert Istad writes: "Tarik O'Regan's music captured my attention when I heard a live performance of "The Ecstasies Above" in 2007. His music grabbed me with it's rhythmic audacity, harmonic daring and unique wit. Tarik became our composer in residence at Pacific Chorale shortly after I was appointed Artistic Director, and this recording shares some fruits of our collaboration, including that auspicious "Ecstasies Above", one brand new commission ("Facing West") and three world premiere recordings including "All Things Common." Our concert took place in Samueli Theater at Segerstrom Center for the Arts on May 18th, 2019. We reset the hall and held our recording sessions on the evening of May 20th and the afternoon of May 21st. As before when my Cal State Fullerton University Singers recorded with Yarlung, our producer Bob Attiyeh asked that Pacific Chorale and I prepare each piece (or each movement of the longest work) carefully enough so we could record it successfully in one take. We succeeded! The performance you hear is real. This is not surgically stitched together from many takes. Some of the tracks on this album are the only take we recorded, and others we performed multiple times until we had the flavor and execution that Tarik and Bob and I wanted. We worked hard to capture the sound Tarik had in his mind when writing these works, and to reflect accurately what I hear when conducting Pacific Chorale singers. Yarlung used one stereo microphone (an AKG C24 which used to belong to Frank Sinatra. With such minimalist recording techniques, there is nowhere to hide. But the results, when we succeed, are worth the extra effort. I hope you agree."