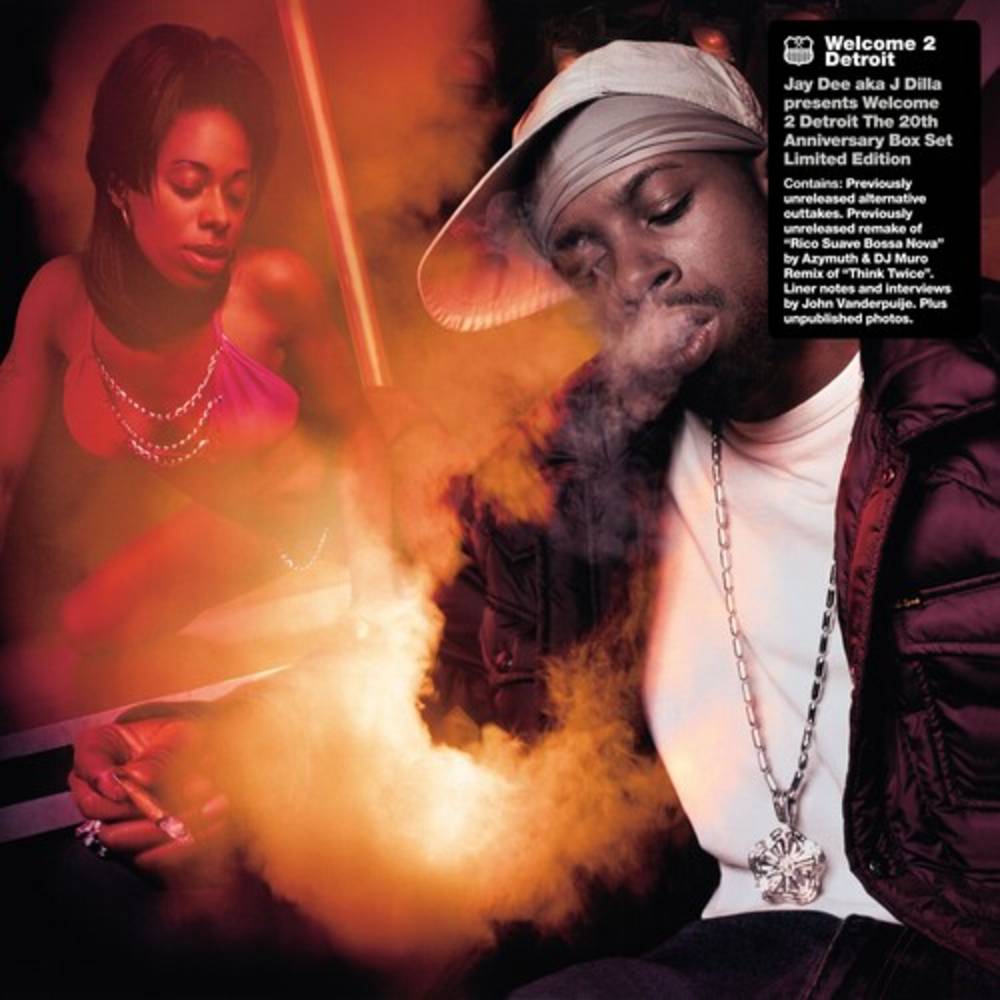 BBE Music announces a special 20th Anniversary edition of one of the most important records in the label's history: J Dilla's Welcome 2 Detroit, presented in a deluxe 7" vinyl box set boasting instrumentals, two brand new interpretations by Azymuth and Muro, a stash of previously unreleased alternative mixes and studio outtakes pressed over 12 discs, plus a book revealing the album's hidden story, told by those who were there. First issued by BBE Music on Monday 26th of February 2001, Welcome 2 Detroit was James Dewitt Yancey aka Jay Dee's first solo outing and the debut appearance of his new 'J Dilla' moniker (bestowed on him by none other than Busta Rhymes). The album also inaugurated the producer-led Beat Generation album series, which would later spawn classic LPs by DJ Jazzy Jeff, Pete Rock, DJ Spinna, Marley Marl and even will. i. am, all of whom had been inspired to reach for new creative heights by hearing Dilla's magnum opus. Choosing to showcase his own voice and the voices of local rap-heroes from across the city instead of big stars, Welcome 2 Detroit marked a coming of age for the then 27-year-old producer, who fully embraced the creative-freedom offered by BBE for his first solo project. As Dilla tells it: "Peter (Adarkwah, founder of BBE) let me do whatever I wanted to do. So, I wanted to put people on there who are gonna spit y'know, lyrically and represent Detroit. Because I wouldn't have been able to pull this album off if it came out under a major. Cos they're not gonna let you just do a song or you can't just do an instrumental. You gotta have this feature and you're Jay Dee, why ain't you got Erykah Badu? Why ain't you got so and so on your album? I'd have had to go through all of that, instead of just putting out... y'know, Beej on this joint!" The album would prove to be the perfect distillation of Dilla's Detroit. From Kraftwerk-inspired Tech Noir that would make Metroplex proud, through subtle echoes from Africa, live jazz-funk and bossa-nova grooves, to tough Midwest boom-bap, this record somehow showed reverence to the city's past without ever leaving it's present. Grimy street flows that somehow swayed like James Brown. Unquantized marvels, so free and alive in their bounce, that they could seduce the hardest of hard-rocks into the sweetest screwface! Diverse, multifaceted, super collaborative and yet somehow singular, Welcome 2 Detroit was the shy and humble James Yancey revealing his true self in the only way he knew how: through his music.