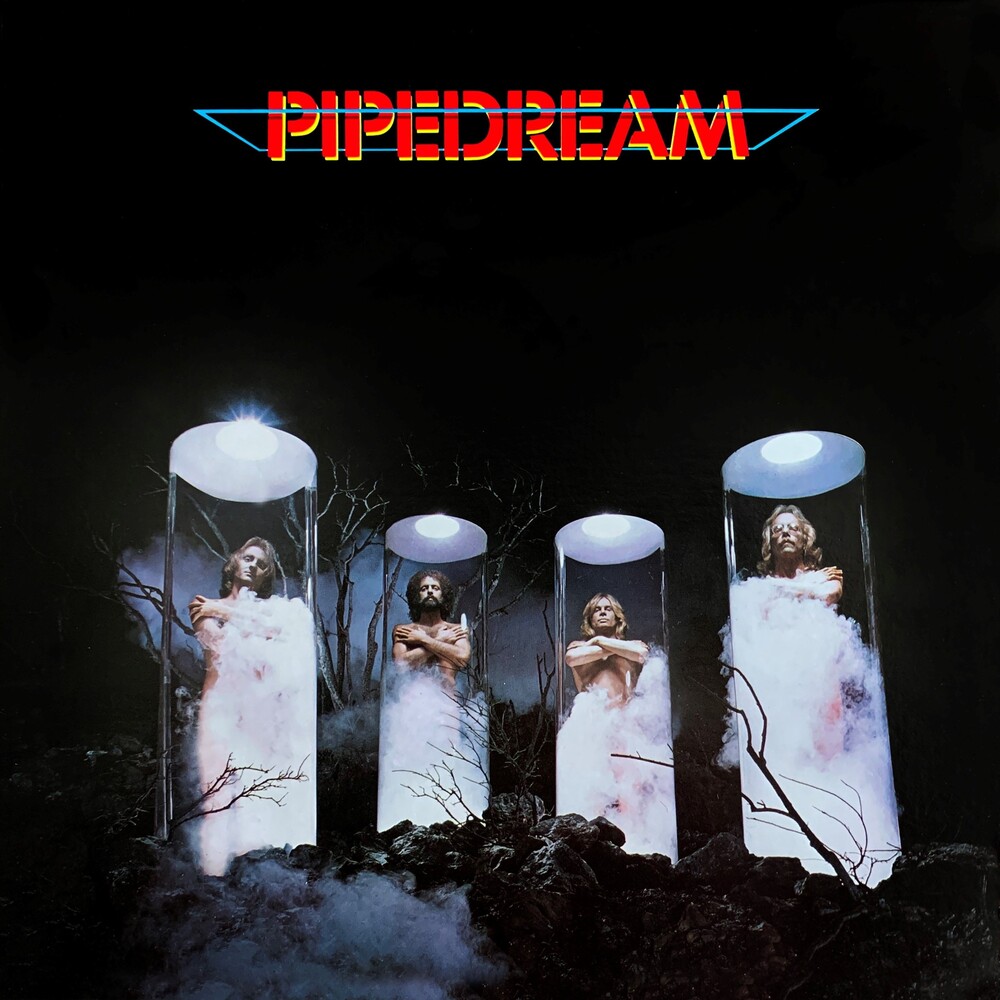 FIRST TIME ON CD - MASTERING - FULL BOOKLET - Willy Daffren is an American vocalist with a long & storied career. When he first came to public attention it was as the drummer and singer with Portland, Oregon Psychedelic pioneers HUNGER. He formed a new band with bass legend Tim Bogert of CACTUS, BECK, BOGERT & APPICE & VANILLA FUDGE. Recruiting former KGB, WIZARD & BUDDY MILES guitarist Ben Schultz & drummer Jan Uvena, who would later play with ALICE COOPER, ALCATRAZZ & SIGNAL, the new quartet named themselves PIPEDREAM. The new group were quickly signed to ABC Records after playing a series of showcase gigs around Los Angeles, then packed off to the Kendun Recorders studio in Burbank to make their debut LP. That LP, 'Pipedream', released in 1979 is a criminally overlooked little Hard Rock LP from that classic era that deserves to be better known & more celebrated. Chuck into the mix the input of Tim Bogert on bass and vocals and Willy Daffern on vocals and it's irresistible. Pipedream could be seen like a Bad Company / Journey hybrid. The vocal phrasing throughout is very reminiscent of Steve Perry and we are treated to big multi-part vocal harmonies at every turn. However, not every track sits comfortably in that Bad Co / Journey pigeonhole. 'Only Cause' features prominent harpsichord and skillfully orchestrated strings to conjure up a Beatlesque ballad. 'Heather' has a West Coast white boy funk thing going on in a Doobie Brothers style. There are moments of flashy sophisticated AOR that border on fusion in 'Feel Free', and 'How Long' features a tabla and piano intro and the brief but unmistakable sound of Syndrums which serve to pinpoint the year of recording more accurately than carbon dating. Possibly the album highlight is 'Rosalie', not the Bob Seger track covered by Thin Lizzy, but a track that, if it lost the unnecessary strings, could sit comfortably on Gary Moore's Still Got The Blues album as it boasts a fantastic bluesy guitar tone, a rich, sultry vocal and warm, mellow bass. 'Lies' rides along on an insistent rhythm that adds cowbell and twin kick drums to the mix in a mid-section where the bass and lead guitar go for each other's throats. Tim Bogert's bass playing is a joy to listen to throughout as the best known and most successful member of Pipedream, he exercises admirable restraint in reigning in his ego. Unfortunately, it turned out to be the group's sole release, with Pipedream disbanding after Bogert signed back on with the reformed Vanilla Fudge.
This website uses cookies to personalize content and analyse traffic in order to offer you a better experience.
I accept Learn More
back to top