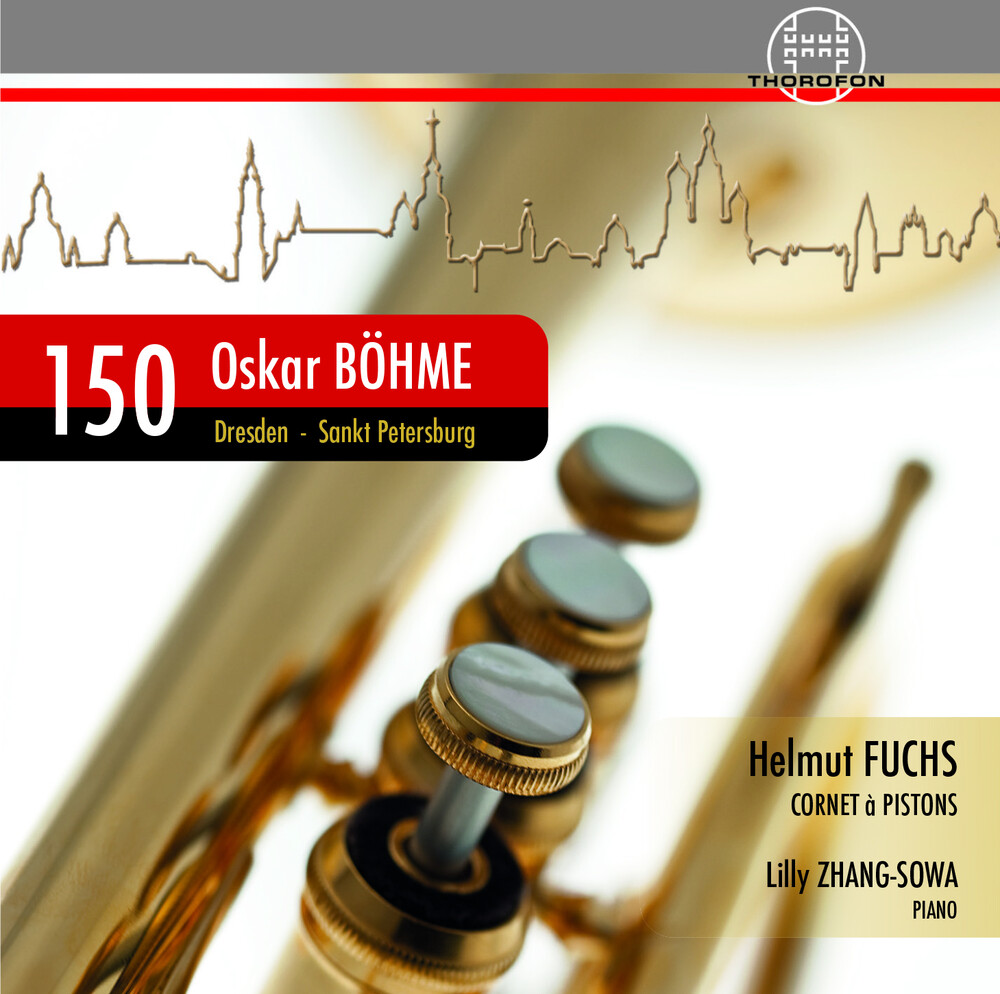 Oskar Bohme, a son of Wilhelm Bohme, was a German trumpeter and composer. He studied trumpet and composition at the Leipzig Conservatory of Music until his graduation in 1888. From 1894-1896 he played in the Budapest Opera Orchestra and then moved to St. Petersburg, Russia, in 1897. Böhme played cornet for 24 years in the Mariinsky Theatre, turned to teaching at a music school on Vasilievsky Island in St. Petersburg for nine further years, from 1921-1930, and then returned to opera with the Leningrad Drama Theatre until 1934. The present release celebrates the composer's 150th birthday with a collection of compositions, including his Trumpet Concerto in F minor, performed by Helmut Fuchs.