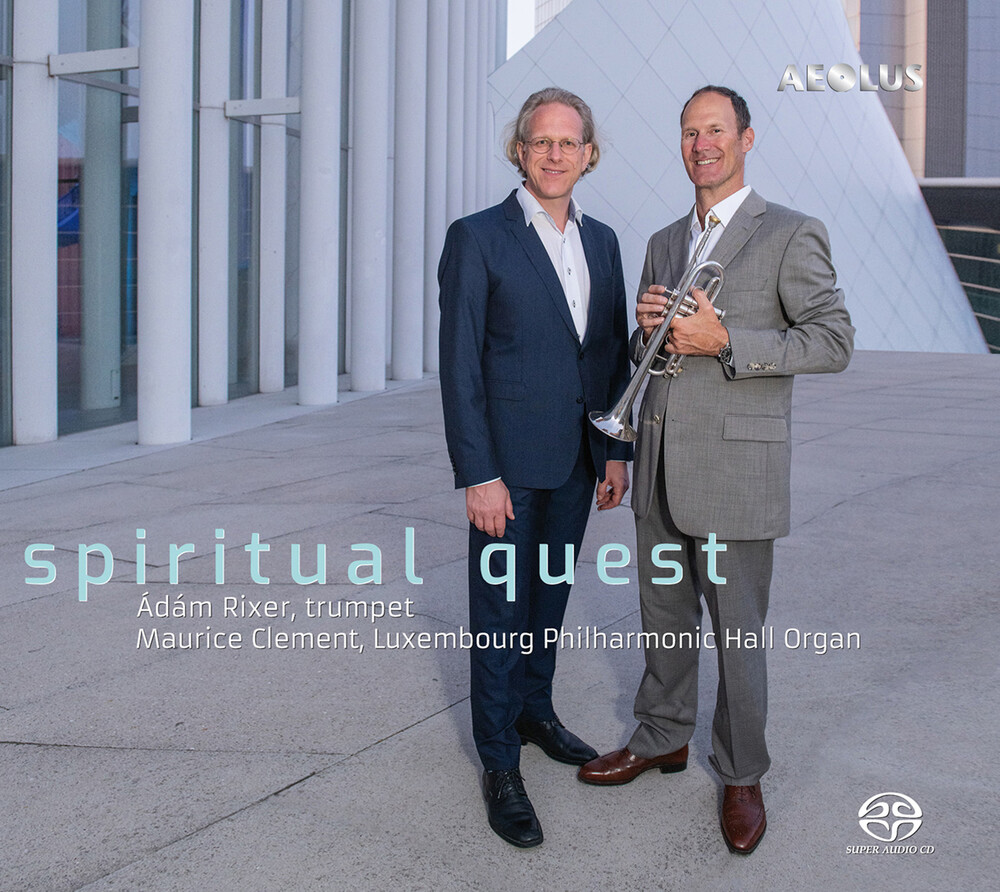 The present release features works for trumpet and organ, played by Adam Rixer and Maurice Clement. Adam Rixer, born in Budapest in 1975, comes from a family of musicians. He began to play the trumpet at the age of ten; at 18, he took up trumpet studies under GyĂ¶rgy Geiger in his home town, at the Franz Liszt Academy of Music. During those years, he twice won the national trumpet competition in Debrecen (Hungary) and took second prize at the international trumpet competition in PilisvĂ¶rĂ¶svĂˇr (Hungary). Since 1999, Adam Rixer has been first solo trumpeter in the Orchestre Philharmonique du Luxembourg. After his initial musical education at the Luxembourg and Brussels conservatoires with Alain Wirth, Jean Ferrard and BenoĂ®t Mernier respectively, Maurice Clement consolidated his organ studies with Jean Boyer at the Conservatoire National SupĂ©rieur de Musique de Lyon. This encounter was decisive and profoundly influenced his career as a musician. Maurice Clement displays his love of classical and improvised music in his activity as a concert musician and in his educational approach. In his many workshops and training courses he insists on stirring the musical imagination between creation and interpretation while stressing presence and immediacy. Parallel to his capacity as Professor of Organ at the Conservatoire de Musique du Nord in Luxembourg he leads this institution's improvisation classes.