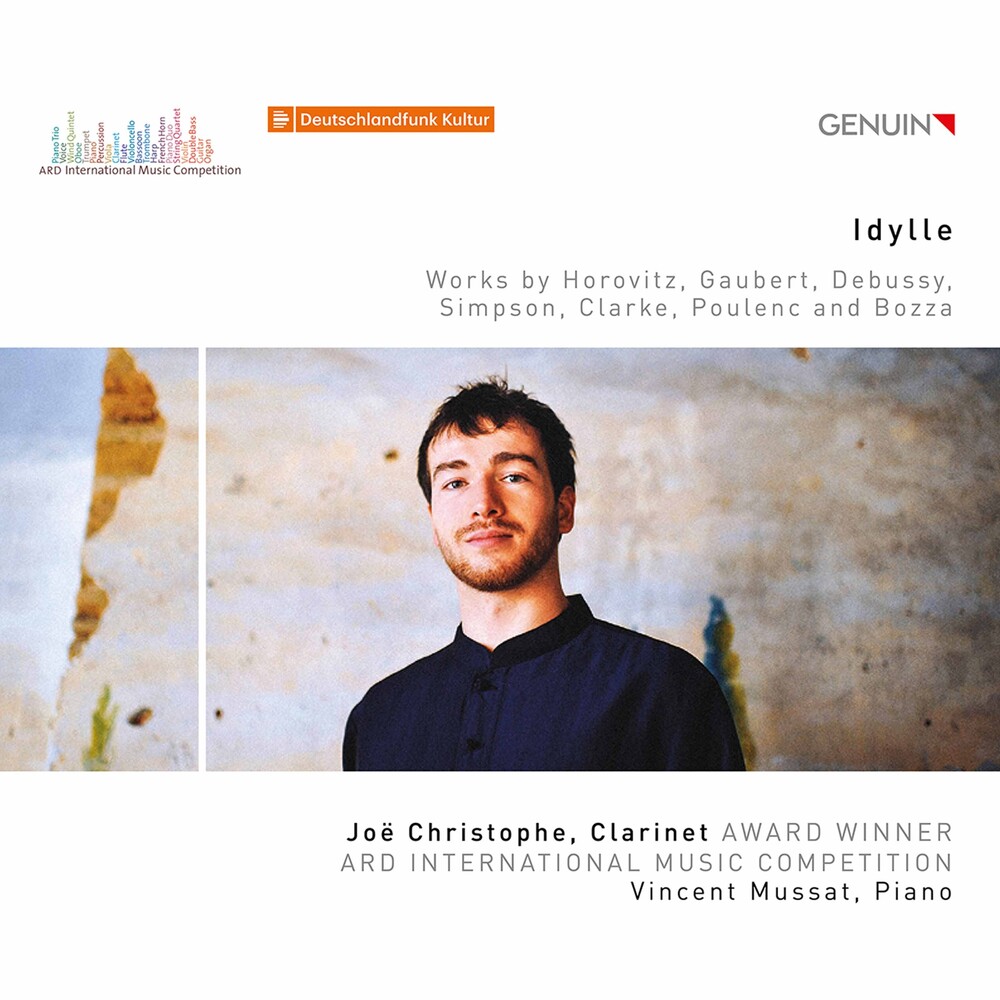 On the new GENUIN album Idylle, we accompany the young clarinetist JoĂ« Christophe and his piano partner Vincent Mussat on an emotional journey that passes through familiar and unfamiliar terrain and encounters sophistication, simplicity, passion, and tenderness. The prize-winning release of the ARD Music Competition is also the duo's debut release which, in the selected works of the 20th and 21st centuries, proves to be highly versatile and rich in colors. In addition to music by Claude Debussy and Rebecca Clarke, the track list includes Mark Simpson's Three Pieces: A world premiere recording of the music written by the British composer as a commission for the ARD Music Competition.
back to top