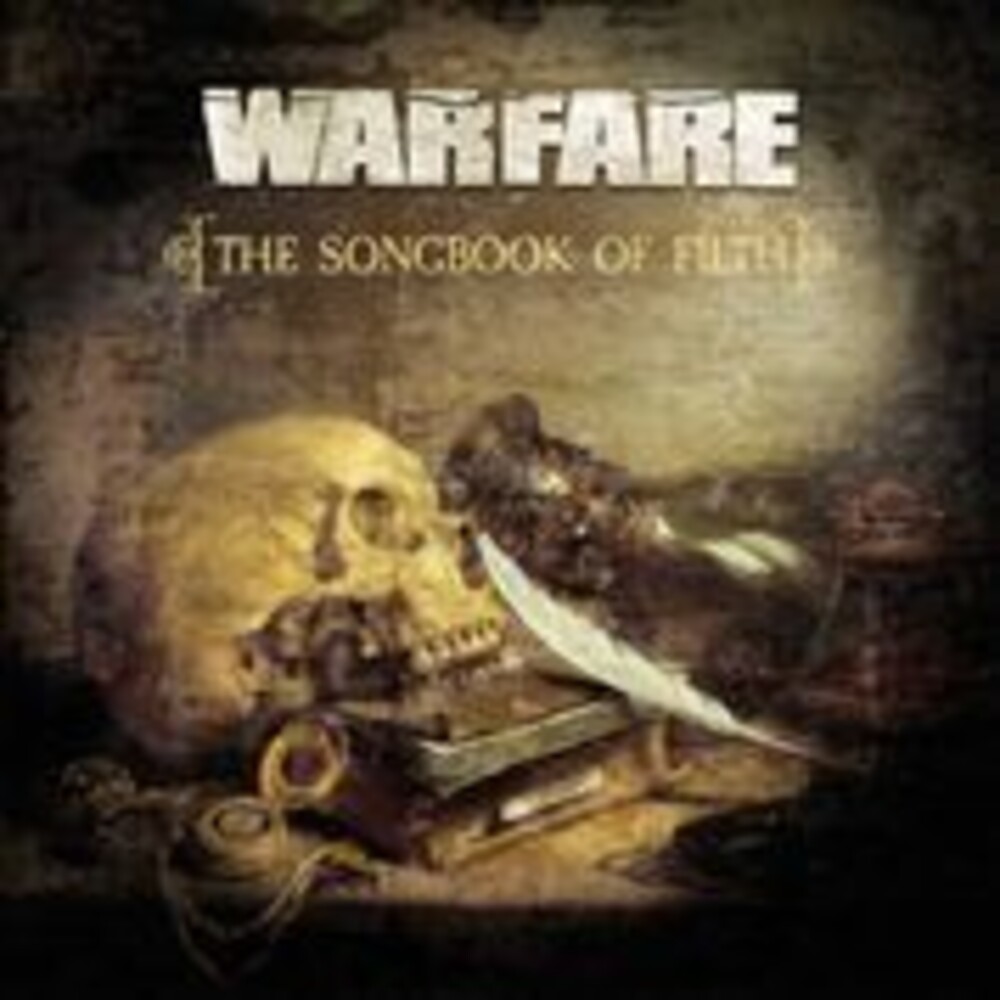 A three CD release (also available as a gatefold single LP), packed full of new songs, demos, and radio sessions plus rare rehearsals and live recordings from back in the day, from one of the most ingenious, influential and hard-core metal bands.  Featuring Tyneside's truly anarchic Warfare who are widely considered to have been the original "metal punks". Formed by drummer Evo in early 1984, they return after a hiatus of almost 27 years, but now even more brutal and angry than before.  Including many rare, unreleased songs, all newly mixed or remastered, plus lyrics and liner notes from Evo. Formed by drummer Evo in early 1984, who had learned his trade in legendary droog band Major Accident, cutting two singles and an album with them. Evo then moved to London and joined The Blood (drumming on 'False Gestures For A Devious Public', now regarded as a classic cult album that peaked at No 62 in the Official UK charts in 1983). Before forming Warfare, Evo also had a spell drumming for the legendary Angelic Upstarts, one of the UK's biggest Oi! Bands of the era, playing his first show with them in front of 15,000 punters, second on the bill to The Damned at the mighty Queen's Hall in Leeds. Warfare were a whiff of fresh air for the stagnating English metal scene of the mid-1980s. "The lyrics of Warfare are more than valid, they are essential," says Evo today. "The lyrics and music are of uncanny proportions. Looking back now, it seems that they were a prediction of what was to come." Warfare immediately signed to NWOBHM pioneering label Neat Records for a series of influential releases, including 'Pure Filth' produced by Algy Ward of Tank, followed by 'Metal Anarchy', produced by Lemmy. Their third album, the aptly titled 'Mayhem Fuckin' Mayhem' sold in bucket loads, followed by their fourth, 'A Conflict of Hatred'. Their last album for Neat, 1990's 'Hammer Horror', was a tribute to Evo's favourite films of the '60s and '70s. In 1992 Evo called it a day, having played professionally since the age of 18, retiring from the music business completely. After a hiatus of almost 27 years Evo decided to return with Warfare, but now even more brutal and angry than before. Having written a handful of new songs Eno recruited a number of guest musicians, including the late 'Fast' Eddie Clarke from MotĂ¶rhead and Fastway, who laid down some of his finest and final guitar work with Warfare before his untimely death in 2018. Other guests include Pete Way from UFO and Waysted, whose thunderous bass can be heard alongside 'Fast' Eddie and Evo on the song 'Misanthropy', the very first commercial release by the trio. Other guests featured on 'The Songbook Of Filth' include Tom Angleripper from Sodom, Lips from Anvil, both Cronos and Mantas from Venom, Fred Purser from Tygers Of Pan Tang and WĂĽrzel from MotĂ¶rhead.
This website uses cookies to personalize content and analyse traffic in order to offer you a better experience.
I accept Learn More
back to top