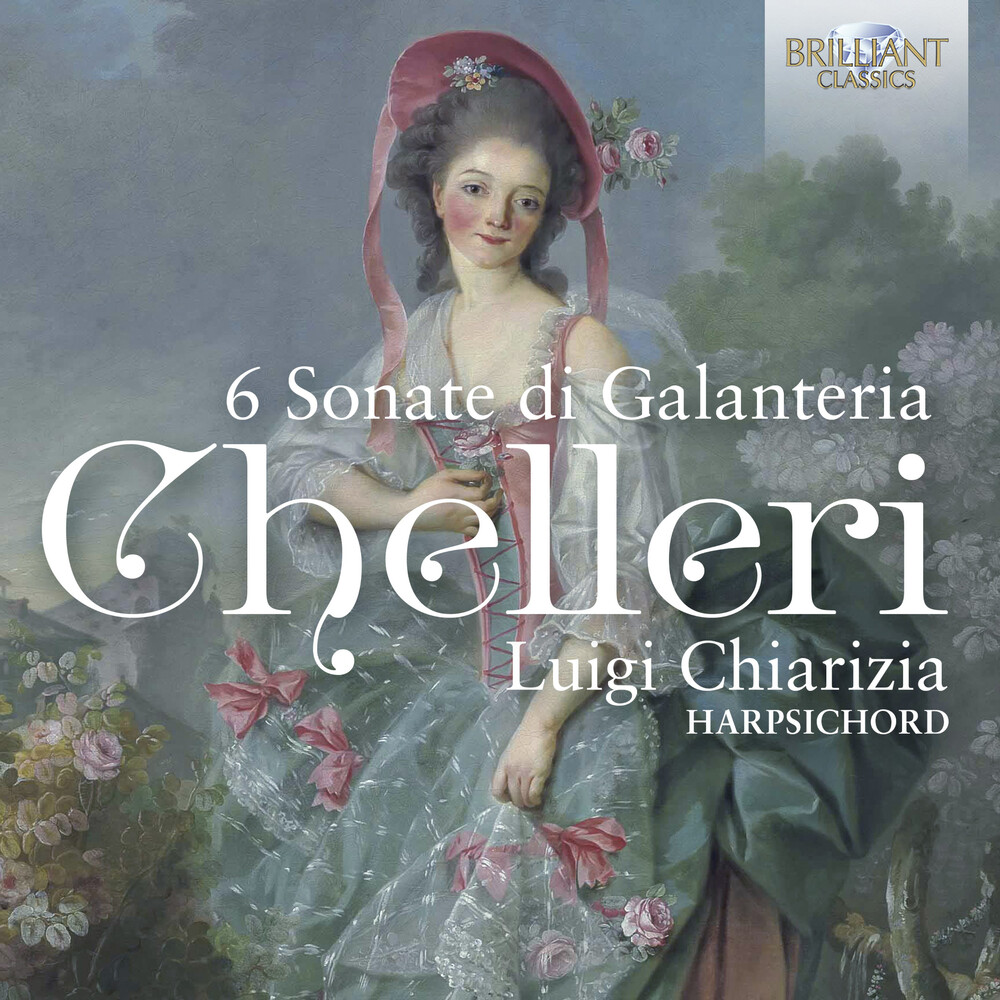 Orphaned at a young age, Fortunato Chelleri (1690-1757) was raised by his uncle Francesco Bazzani, the kapellmeister at Piacenza Cathedral, who taught him organ, harpsichord and composition. He rose to prominence first in Italy as a composer of opera seria but also wrote oratorios, cantatas, orchestral music, chamber music and keyboard music during his time as kapellmeister at WĂĽrzburg, a post he took in 1724. Unfortunately the majority of his work has been lost. The "6 Sonate di Galanteria" performed on this album were written in the early 1720s, a time when a new compositional style known as the galant was taking hold. (This was a departure from the baroque, with much less emphasis on polyphony and a preference for accompanied melody, making it a forerunner of the Classical period to come.) The 6 Sonate reflect this style with their typical alternation of slow and fast movements and monothematic, binary structure. Some of the movements are based on dance rhythms, including many minuets and some French-style allemandes. In the latter, Chelleri meticulously notates the "swing" or dotted rhythms that would have been implied, unwritten, according to the French notes inĂ©gales practice of the time, which suggests that Chelleri wanted to write in a way that players outside the French harpsichord tradition could understand. He therefore represents a synthesis of French, German and (the less well-known) Italian harpsichord music of his era in one composer who channelled all the compositional features he absorbed, embellished and reworked during his training in Europe in the early 18th century into the emerging galant style. This album was recorded on a Franco-Flemish two-manual harpsichord built by Michael Johnson in 2006, a copy of a 1637 Ruckers instrument, tuned at a pitch of a=415 in the Kirnberger III temperament, a common choice for mid-18th-century keyboard music.
back to top