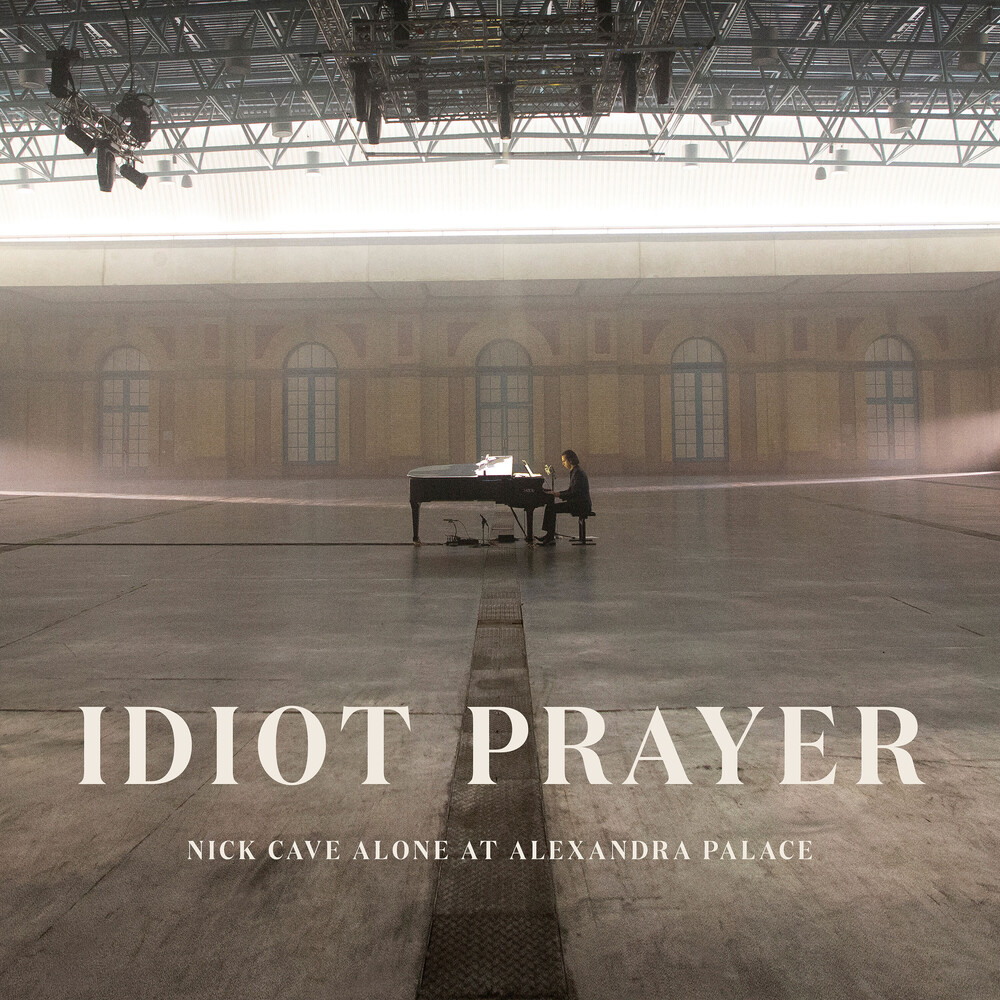 Visualizers plus on cover videos.

Two CDs. 2020 live release. Idiot Prayer: Nick Cave Alone at Alexandra Palace is a concert film and live album by musician Nick Cave. It was filmed by cinematographer Robbie Ryan and features Cave performing solo on piano at Alexandra Palace in London. Idiot Prayer serves as the final film in a trilogy-along with 20,000 Days on Earth (2014) and One More Time with Feeling (2016)-and was described by Cave as "it's luminous and heartfelt climax."