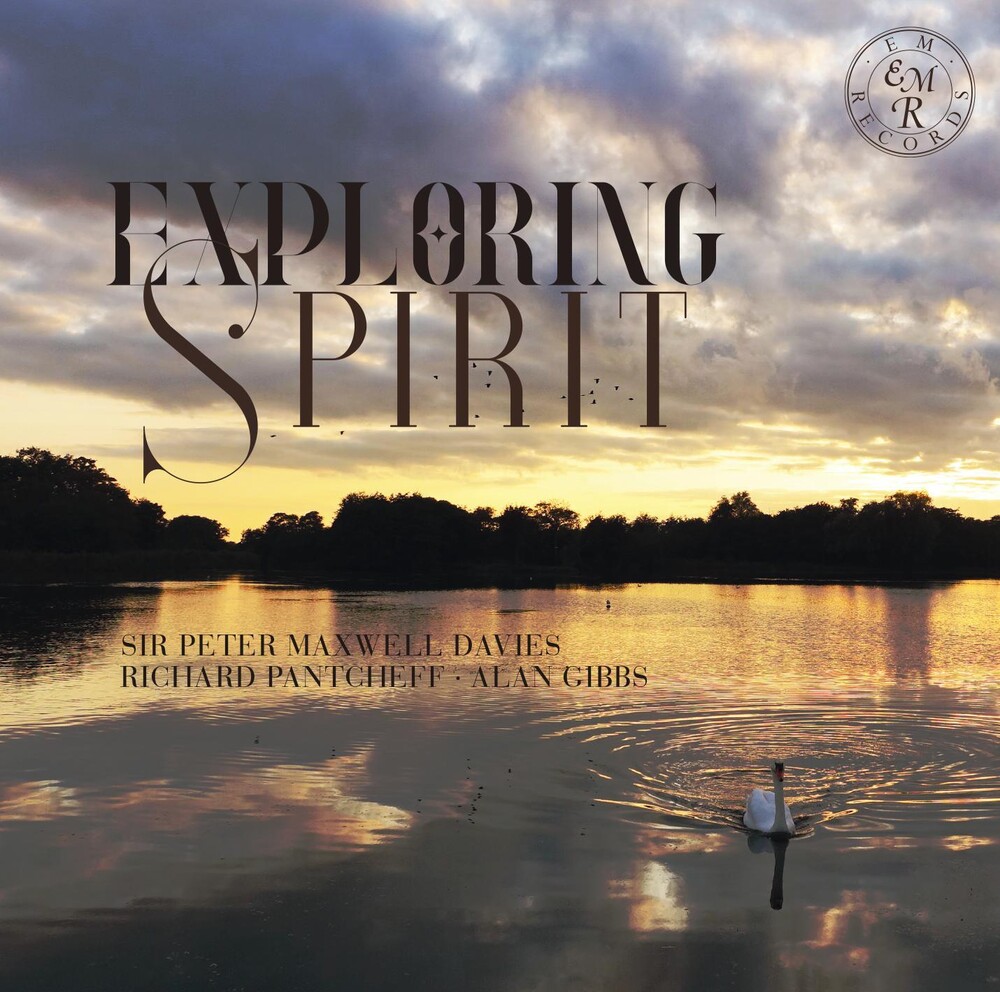 EM Records is delighted to present "Exploring Spirit", a disc the central concept of which is the profoundly transformative effect of a questioning, explorative treatment of musical material and the sense of vividness and invigoration that such an approach can bring. The recording is dedicated to the memory of Robert Luck, father of the violinist on the disc, who died the day before the recording sessions began, and whose life personified the questing outlook that "Exploring Spirit" celebrates. The disc opens with Peter Maxwell Davies's "Sonata for Violin Alone", a set of 22 variations on a wide-ranging and richly contrasted theme, different variations each exploring certain aspects of the work's opening minutes. Rather than a "Theme and Variations" in the traditionally classical sense, it is a rhapsodic unfolding - a kaleidoscopic expansion - that, by means of profound and minute exploration, enrichens and enlivens the material, revealing subtleties and relationships not at first apparent. It is followed by the "Fantasia on Yorkshire Folk Tunes" by Richard Pantcheff, a work which uses six folk melodies as it's basis, elaborating them in a way that presents them in a new context whilst maintaining their sense of location and identity. These are not simple harmonisations, but arrangements which emphasise the many different facets of the tunes and their words. The same composer's "Introduction and Allegro" for violin and cello essentially concerns itself with the interaction of the two instruments' thematic material, the (occasional) finding of common ground, but also vigorous disagreement. As is the case with a number of this composer's works, there is a sense in which the instruments are each exploring the theme of loss or bereavement and seeking to reveal where there is mutual understanding. By contrast, the nature of the dialogue between the two instruments in Pantcheff's "Introduction and Allegro no. 2" for two violins is rather different from that heard in the first: in this instance, the instruments are reaching out to each other to establish agreement: both are recalling past events or experiences, but here they find unity of purpose and finally a sense of mutual support. Alan Gibbs's "Enigma Duet" for Violin and Cello forms a quirkier and more whimsical conclusion to the disc. Written to celebrate the fiftieth wedding anniversary of two close friends of the composer, it takes as it's premise Nemorino's aria Una furtiva lagrima from Donzetti's L'elisir d'amore but cloaks it in a disguise of near-serialism. The instruments' playful exploration of this theme, the mischievous pleasure they take in transforming and punning on it's intervals and contours, and the delight they take in contrasts of dynamic, tessitura and colour make this a wonderfully sparkling close to a recording that speaks of a special and unique quality of the human condition.
This website uses cookies to personalize content and analyse traffic in order to offer you a better experience.
I accept Learn More
back to top