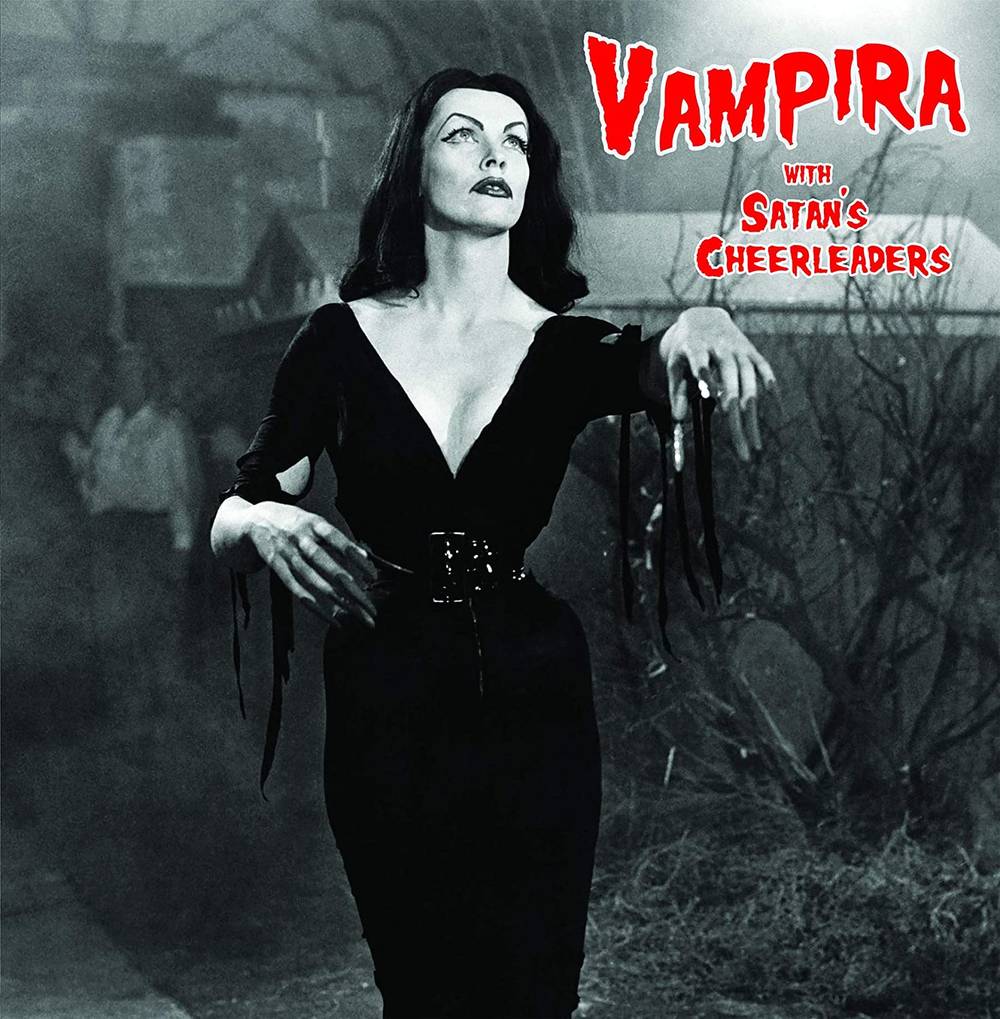 Vampira was a horror movie host icon from the 1950s. She was personal friends with Elvis and had her own weekly show on L.A. Television. Her only movie appearance was as an undead woman in the cult favorite, "Plan 9 From Outer space". She was adored by The Cramps, who had hired her to introduce her at local shows, and loved by the Misfits who wrote a song about her simply titled "Vampira".In the 80's Vampira was selling merch and autographs at local swap meets in Southern, CA to make ends meet. It is there she met Jane, the drummer of Satan's Cheerleaders who became friends with her and eventually convinced her to come into the studio and record some songs. The outcome resulted in two independent 7 inches from 1987 that is long out of print and valuable. For the first time ever, we have all 5 songs from those recording sessions, using original mixes that the band prefers over the mixes that ended up on the original 7 inches. Also included on side B of this LP is the first recording session by Satan's Cheerleaders. The 1985 Lysergia session includes the 2 tracks from their first 7" and two previously unreleased tracks.
back to top