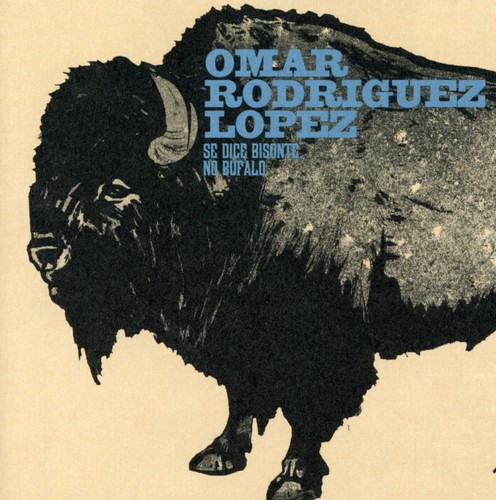 One of four albums written and recorded by Omar Rodriguez-Lopez whilst living in Amsterdam in 2005, Se Dice Bisonte, No Bufalo was conceived simultaneously to The Mars Volta's Amputechture and Omar's soundtrack to the forthcoming Jorge Hernandez film, El Bufalo de la Noche. Consisting of 3 vocal tracks and 6 instrumentals, the album includes the original studio version of the song "Please Heat This Eventually" (without the vocals of Damo Suzuki). The song "Rapid Fire Tollbooth" has been a feature of The Mars Volta's live set for the past few months and is proving to be a favorite among the rabid fans populating the band's message board.