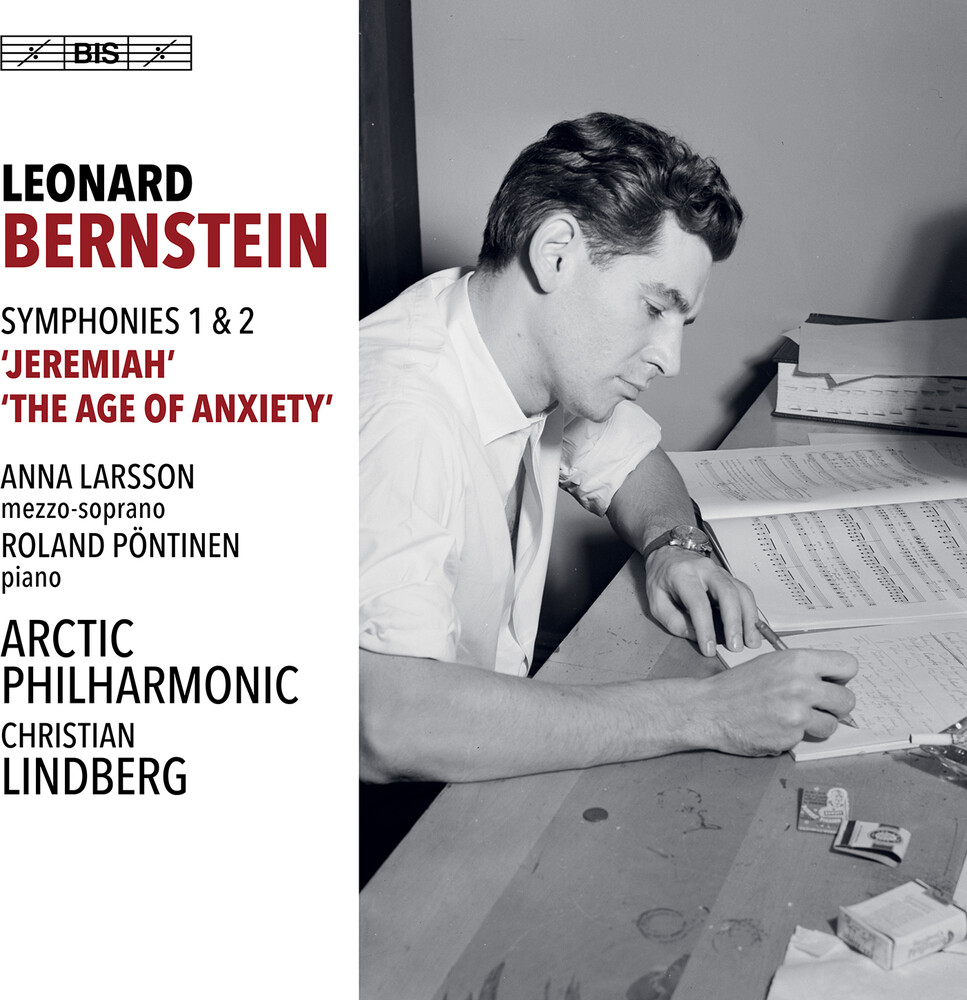 At the age of 21, Leonard Bernstein wrote what he described as a 'Hebrew song' using a text from the Lamentations of Jeremiah. Three years later the song became the final movement of his Symphony No. 1 and in January 1944 Bernstein himself conducted the première of the work. What is being lamented is the destruction of Jerusalem in 586 BC, but according to the composer, he primarily wanted to convey the text's 'emotional quality'. The first movement thus aims to parallel in feeling the intensity of the prophet's pleas while the scherzo gives a general sense of the destruction and chaos. Being a setting of the biblical text, the third movement is naturally more literary: the cry of Jeremiah, as he mourns his beloved Jerusalem. During the next few years, Bernstein's career as a conductor took flight, while the musical On the Town made his name on Broadway. Towards the end of the 1940s he returned to the symphonic genre, however - once more with an extra-musical inspiration. W.H. Auden's poem The Age of Anxiety is set during the recently concluded war, and falls - like the symphony - into six sections during which four characters express their anxieties, hopes and the quest for meaning and identity. Bernstein chose to portray all four characters via a single instrument, the piano, but he did not want to label the work a piano concerto. The instrument does however come to the fore at various points and in one of the final sections Bernstein supplies what is arguably the most exuberant and rhythmically dazzling display of piano writing in the symphonic literature. For this Christian Lindberg and the Arctic Philharmonic have enlisted the aid of Roland Pöntinen, while Anna Larsson is the soloist in Jeremiah.