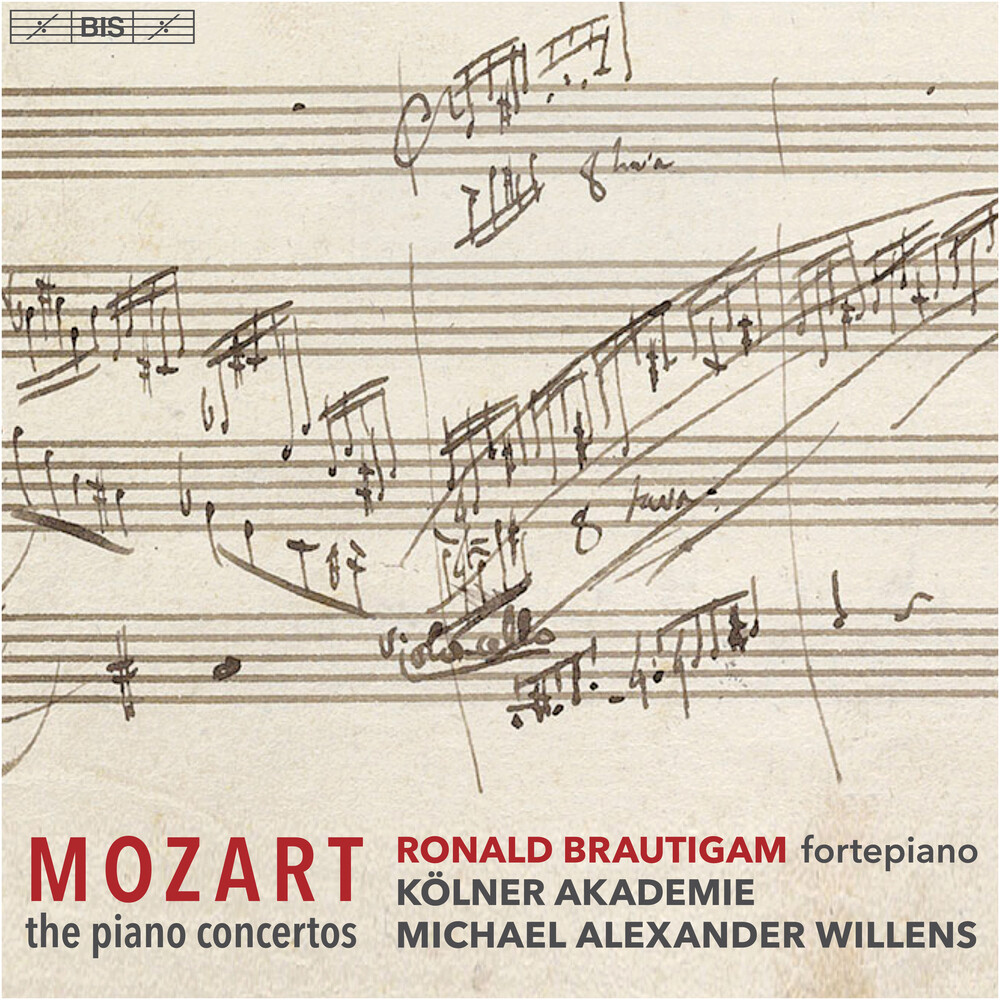 'An ideal mixture of clarity and stylish effervescence' (International Record Review) and 'a completely new, crisp "Mozart-feel" for the 21st century' (Stereoplay) were just a couple of the reactions from reviewers to the fresh, sometimes bracing readings that Ronald Brautigam and the KĂ¶lner Akademie offered up during their series of Mozart's piano concertos. Released between 2010 and 2016, individual installments also received special recommendations from websites and magazines such as Klassik-Heute, Luister, Scherzo and Gramophone, which listed the team's performances of concertos Nos 18 and 22 among it's '50 greatest Mozart recordings'. The albums have now been collected in a boxed set, with the addition of the double and triple concertos that Brautigam recorded in 2006 with Alexei Lubimov and Manfred Huss as his fellow soloists, accompanied by the Haydn Sinfonietta Wien. The set spans Mozart's entire career, from the 11-year old budding composer's so-called 'pasticcio concertos' (Nos 1-4) to Piano Concerto No.27 in B flat major, K595, which he gave the first performance of less than a year before his death in December 1791. The discs are accompanied by the original booklets, with informative liner notes by the musicologist John Irving, author of several books on Mozart.