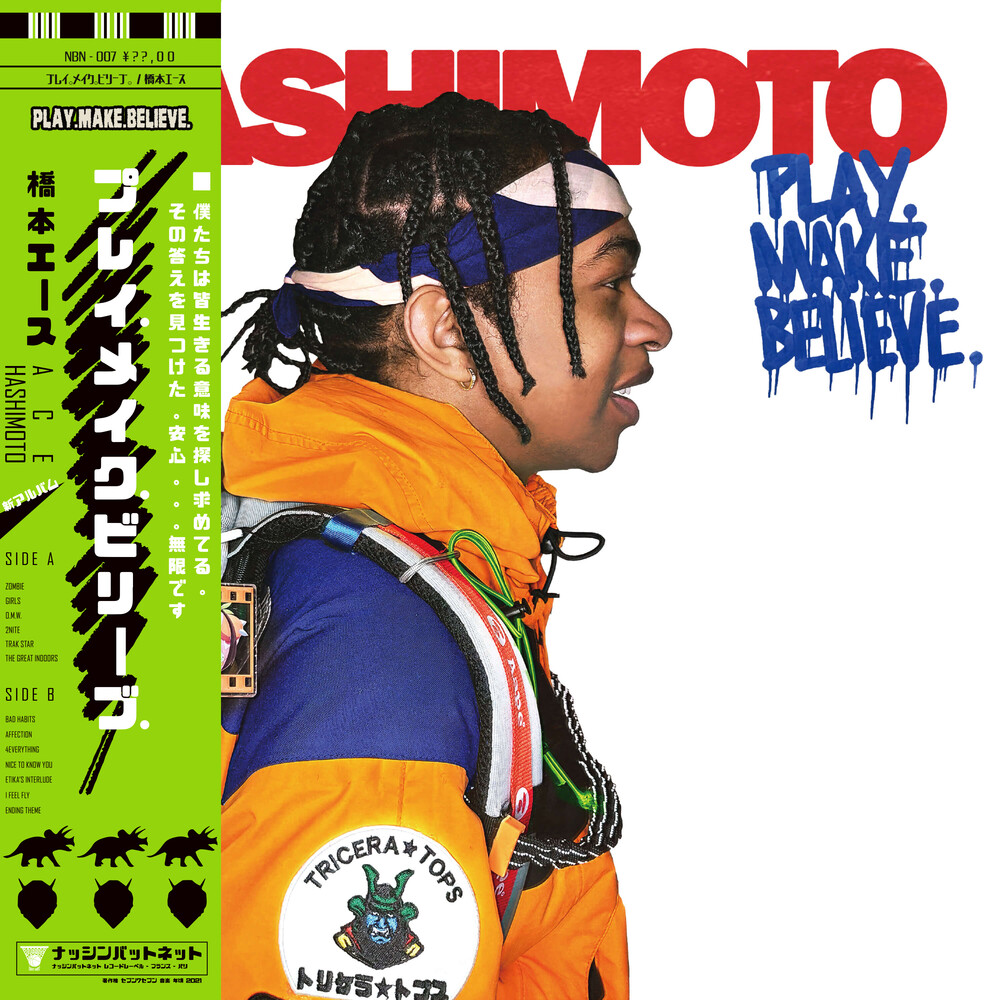 Ace Hashimoto is a contemporary R&B singer, songwriter, and producer whose smooth vocals, frequently applied to jazzy hip-hop inspired productions, resemble a distinctive cross between Pharrell Williams and Frank Ocean. The Chicago native has been active on the hip-hop scene, producing for SZA, Mac Miller, and Chance the Rapper amongst others before moving to Tokyo in 2017 to hone his songwriting & singing capabilities. While living in Japan, he wrote for two of the country's biggest acts in EXILE and CRAZYBOY/Elly of J-Soul Brothers and collaborated with fellow label-mate, Devin Morrison. The following year, around the time he scored his first digital hit "Natural" feat. Moeshop - acquiring over 2 million plays on Spotify - Hashimoto began working on Play. Make. Believe, an album recorded over a 3 month span after returning to the United States. He was able to enlist the talents of pH-1 (of Jay Park's H1GHRMUSIC), H. E. R producer, Lophile & many more assist in crafting this beautiful nod to his influences. The album's title, "Play. Make. Believe. " comes from Hashimoto's acknowledgement of the music he grew up on as child and his effort to recreate that nostalgia for the future generation.
back to top