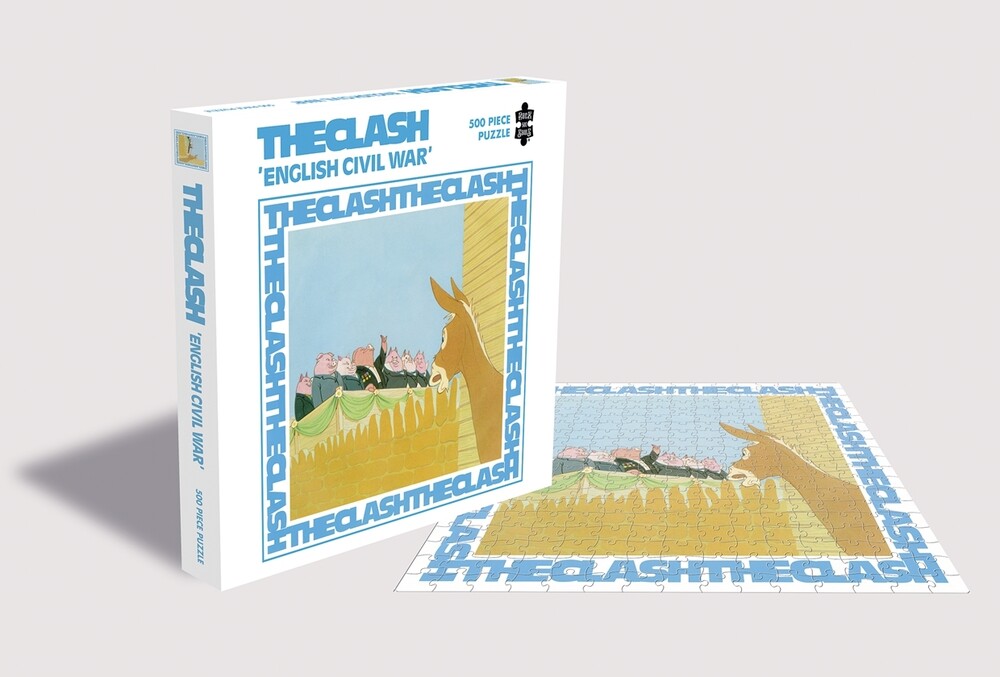 "English Civil War" is a song by English punk rock band The Clash, featured on their second album "Give 'Em Enough Rope", and released as a single on 23 February 1979. It reached number 25 in the UK Singles Chart and number 29 in the Irish Singles Chart. The song is derived from an American Civil War song, "When Johnny Comes Marching Home", written by Irish-born Massachusetts Unionist Patrick Sarsfield Gilmore. It was popular among both sides of the conflict. Having learnt the song at school, Joe Strummer suggested that the band should update it. Those on the left wing saw the rise during the mid-1970s of far right groups such as the National Front as alarm-ing and dangerous omens for Britain's future. The song is about this state of politics in the country and warns against all things uniformed and sinister. Shortly after the song had it's first live performance at a Rock Against Racism concert, Strummer said, echoing the song's lyrics, in an interview to the music newspaper Record Mirror, "War is just around the corner. Johnny hasn't got far to march. That's why he is coming by bus or underground". The cover of the single is a still from John Halas and Joy Batchelor's 1954 animated adaptation of George Orwell's dystopian novella Animal Farm and is now available as a 500 piece jigsaw from Rock Saws.500 pieces, Weight: 490g, Jigsaw size: 41 cm x 41 cm, Box size: 30.9cm x 30.9cm x 2.8cm