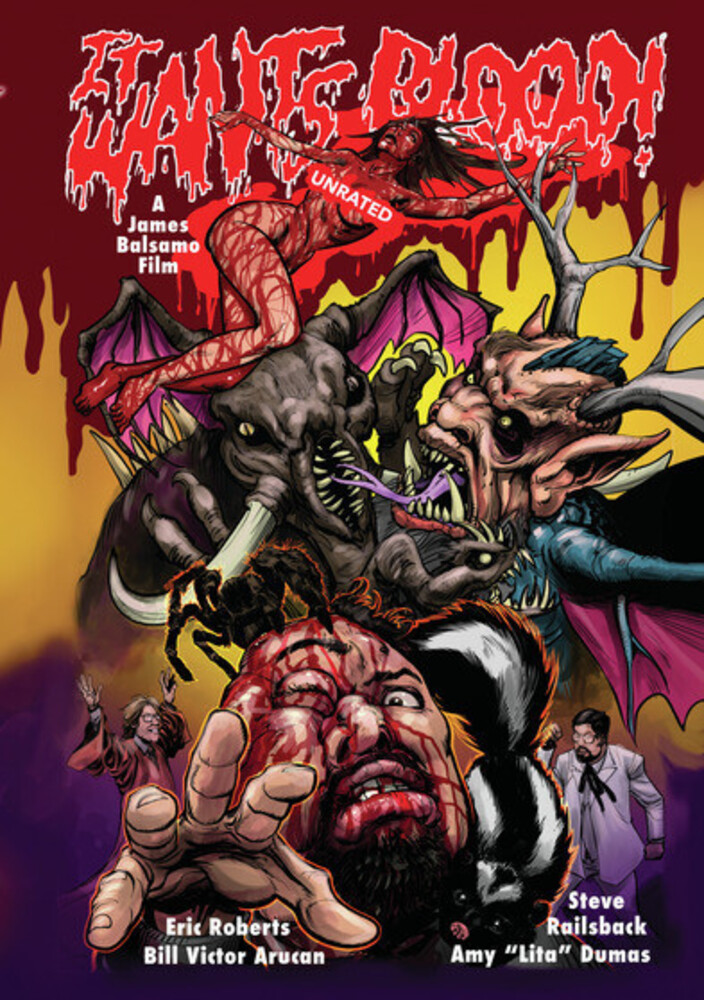 Two giant monsters are forced to battle head to screaming head on the political circuit as they run against each other for a seat as a senator. But the unsuspecting public doesn't realize there are actually creatures that each running mate owns, feasting on helpless, big-breasted, quivering-lipped women and charity-thieving priests. The perils of politics never involved two enormous behemoths fighting to the death... until now! You'll be on the edge of your seat watching fangs feasting on heaps of flesh as beautiful babes are fed to the beasts in It Wants Blood!