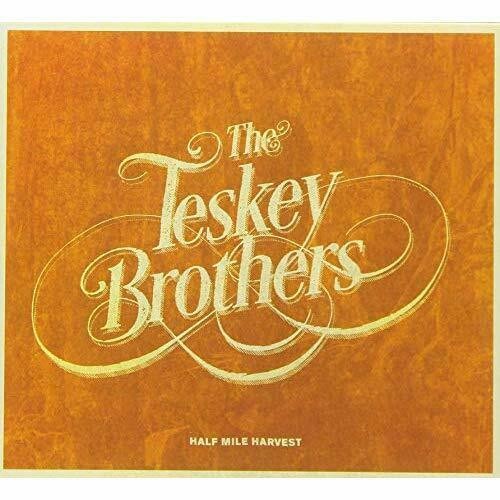 Debut album from the Australian band. Sam and Josh Teskey discovered American soul music of the 1960's via their parents' record collection and were immediately taken. As teenagers, the two brothers jammed night after night in the bungalow behind their family home on the outskirts of Melbourne, devouring the R&B songbook and absorbing the tricks of the blues trade. In their obsession, the pair became accomplished players and soon began writing originals; a process which came naturally to both of them. Finally, The Teskey Brothers released their debut album Half Mile Harvest. The record, self-produced at their home studio in Warrandyte, captures the essence of old school soul that the four have grown to love and know over years of musical friendship. The songs are beautifully written, showcasing the musicianship at hand and dripping with warm melodious hooks as natural and alive as anything that came out of Stax-era Memphis.