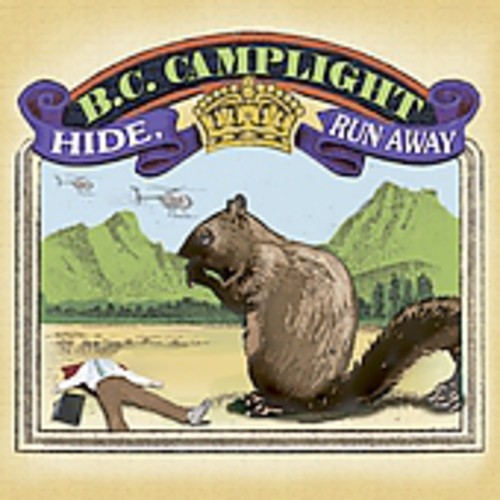 A contemporary of Ben Folds, Elton John or Badly Drawn Boy, BC Camp light's music is an amalgamation of sixties pop sensibility with present day lyrical savvy and a dash of the Beach Boys circa Pet Sounds. BC Camp light lives in the mind of 25 year old Brian Christinzio. A mind unique to the modern songwriting world and gifted enough to create his frighteningly beautiful and humorously twisted debut record. Christinzio's effortlessly sweet voice leads US through the playfully self-deprecating to the sensationally honest, to the wittingly neurotic tales of love lost and sought. Christinzio, who has played piano since age four, meticulously orchestrated his debut effort by composing and arranging every note of the record as well as playing nearly every instrument himself. His admiration for songwriters and composers such as George Gershwin, Burt Bacharach, and Todd Rundgren combined with his desire to create something equally as unique, are the foundations of his music. One Little Indian. 2005.