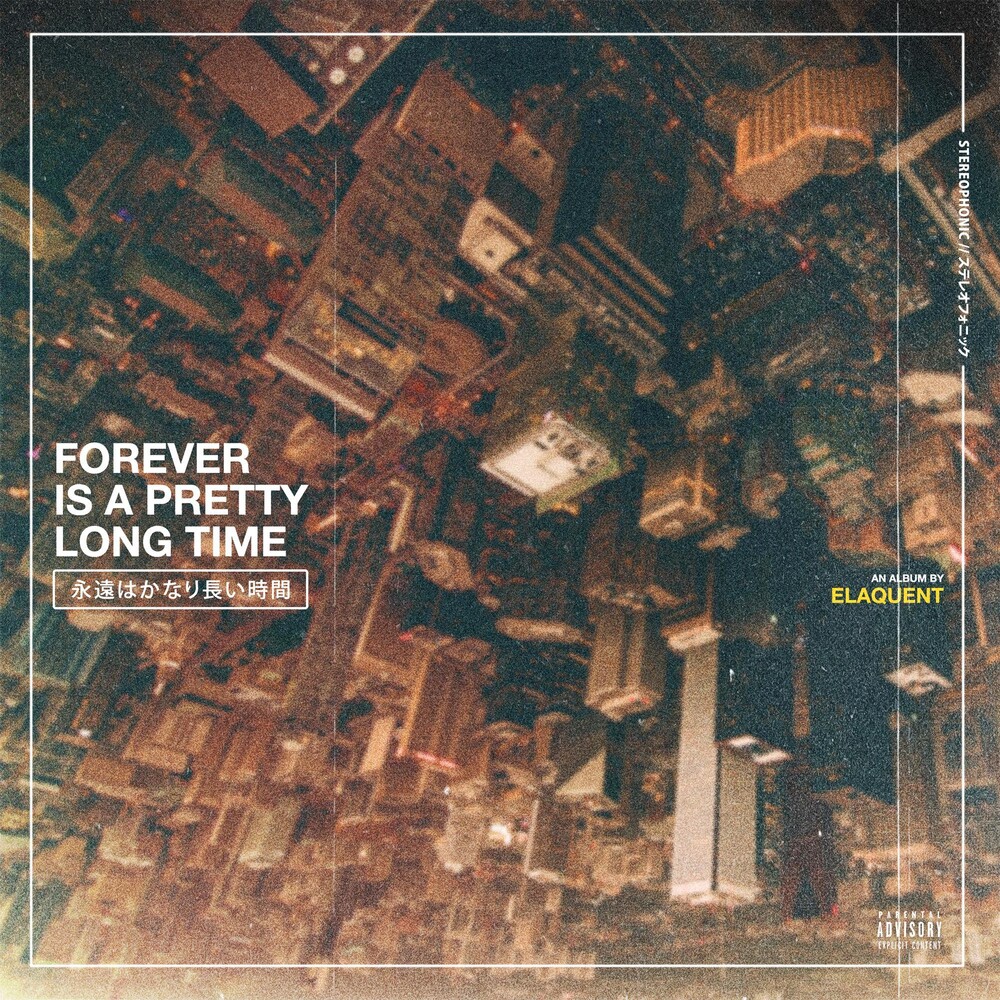 The compilation album is a rite of passage for elite hip-hop producers. We rightfully revere the classics: Marley Marl's In Control Vol. 1, Pete Rock's Soul Survivor, Hi-Tek's Hi-Teknology, J Dilla's Welcome to Detroit, and The Neptunes' Clones. Or in more recent years, the gems reaped from the Mello Music Cinematic Universe: Apollo Brown's The Reset, Oddisee 101, and L'Orange's The Ordinary Man. In that timeless lineage, you can add another one with Elaquent's, Forever is a Pretty Long Time. As with all brilliant producer compilation albums, the Guelph, Ontario-based Elaquent vividly constructs his own world. It's the hip-hop equivalent of that old question: who would you want to invite to your dream dinner party if you had the chance? But instead, it's the lab, and the visitors include a murderer's row of underground MCs including Oddisee, Blu, Chester Watson, Cavalier, and Guilty Simpson. The curation is impeccable, but more than that, it creates it's own orphic sense of magic.