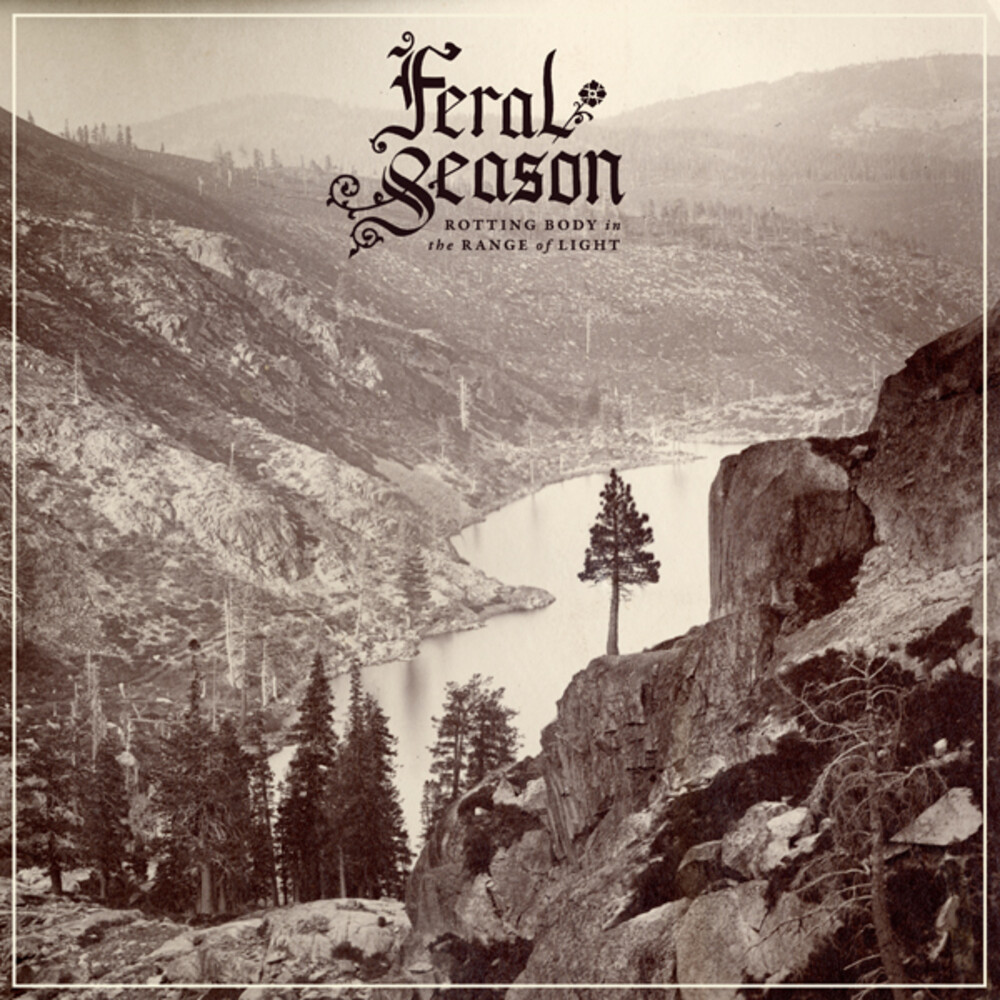 Feral Season is Karl Cordtz (Chrch, Occlith) and Patrick Hills (Occlith, ex-King Woman). All songs and lyrics were written by Cordtz in isolation during the summer and fall of 2020. Drums and synth were added by Hills. Rotting Body In The Range Of Light, their debut full-length, was recorded the following winter at Earthtone Recording Company in Sacramento, California.The influence of early to mid-Scandinavian black metal forms the bands sonic backbone, though their songs often wander into more hallucinatory soundscapes. The project initially began as a way for Cordtz to explore a personal connection between black metal and the landscapes of Northern California. Rotting Body In The Range Of Light is a portrayal of the loss of one's mind and a subsequent flight into the depths of the inner self.
back to top