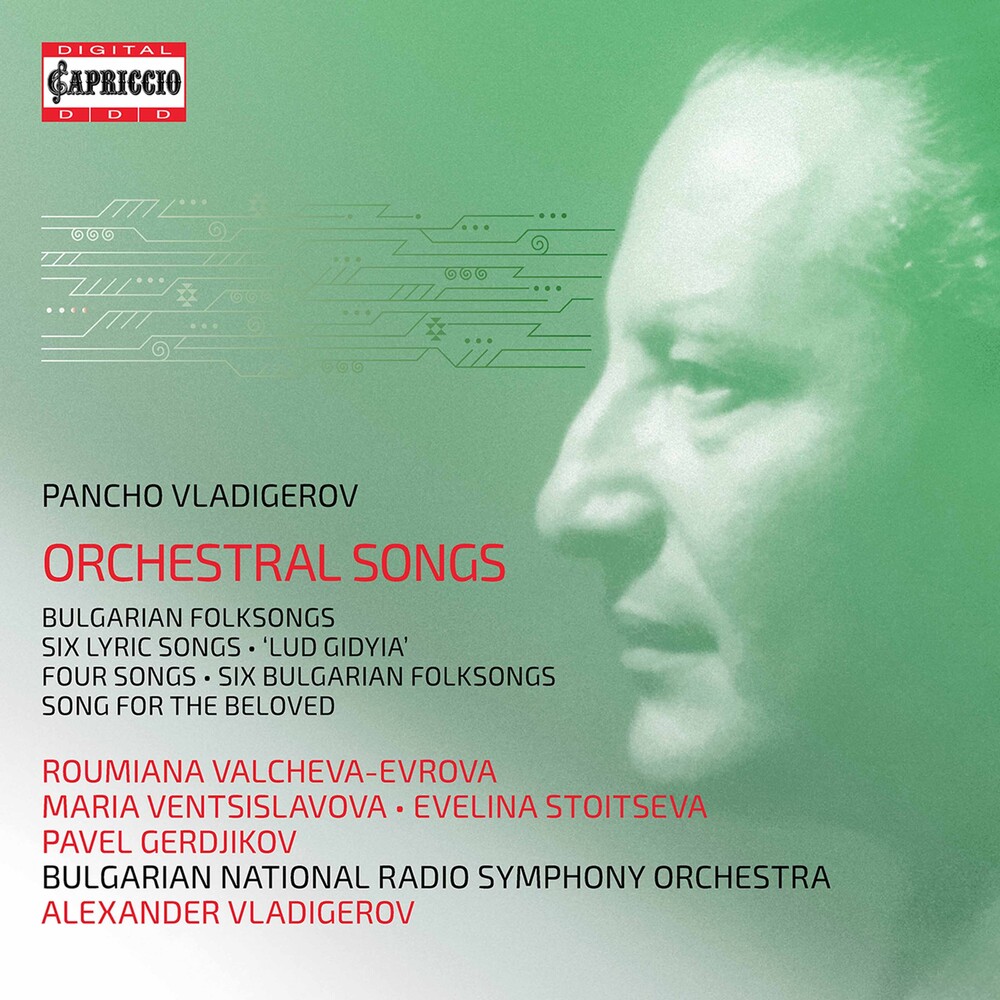 The present fifth volume of the Pancho Vladigerov Edition turns to an aspect of the composer's genre that many other composers have never or hardly touched: Orchestral songs. It is perfectly plausible that Vladigerov found himself exposed to this genre during his formative years in Berlin and Vienna, having enjoyed it's heydays in those years he spent in those cities (Gustav Mahler, Richard Strauss, Hans Pfitzner, Joseph Marx and others). Notably, Vladigerov always worked off poems by Bulgarian writers, not only when dealing with Bulgarian folk songs. Like many other 20th century composers from a host of different countries and ethnicities, Vladigerov delved deeply into the folk songs and folk dances of his homeland. These are songs and dances - some are still popular today, others nearly forgotten - that various ethnic groups in the country have developed over centuries. In these arrangements, the composing side of Vladigerov finds the perfect synthesis with his pronouncedly Bulgarian side.