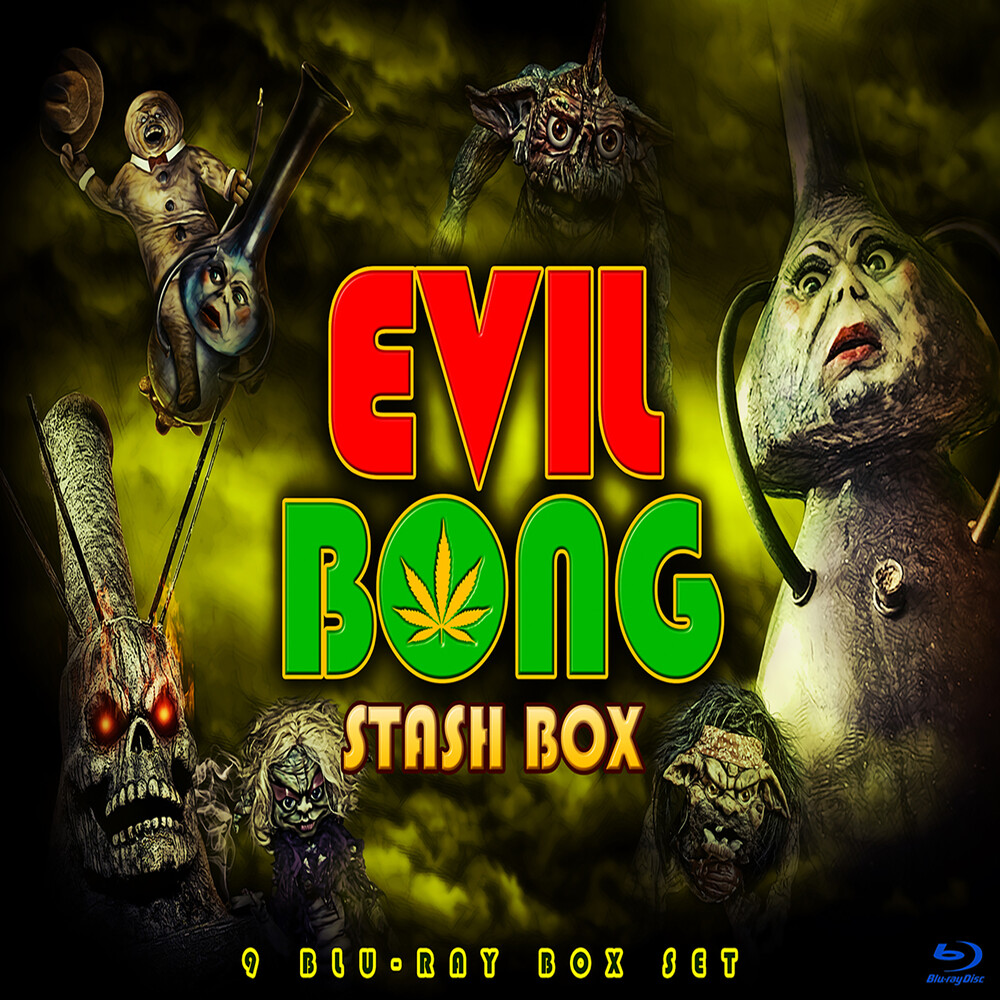 Charles Band's EVIL BONG series is the world's only weed-centric comedy/fantasy film franchise, an insane blend of stoner shenanigans, smutty humor and the sort of insane supernatural monster mayhem fans have come to expect from Full Moon. Presented here in this beautiful "stash box" collection for the very first time in HD and on Blu-ray, the original 2006 EVIL BONG movie has been fully remastered from the 35mm negative, with brand new visual effects added. It joins it's celebrated sequels, many of which are also making their debuts on Blu-ray, along with our sidecar stoner shocker WEEDJIES! And tons of extra space to store upcoming entries in the EVIL BONG series... or whatever else you're trying to hide from your mom. It's the ultimate weed culture cinema collectible.
back to top