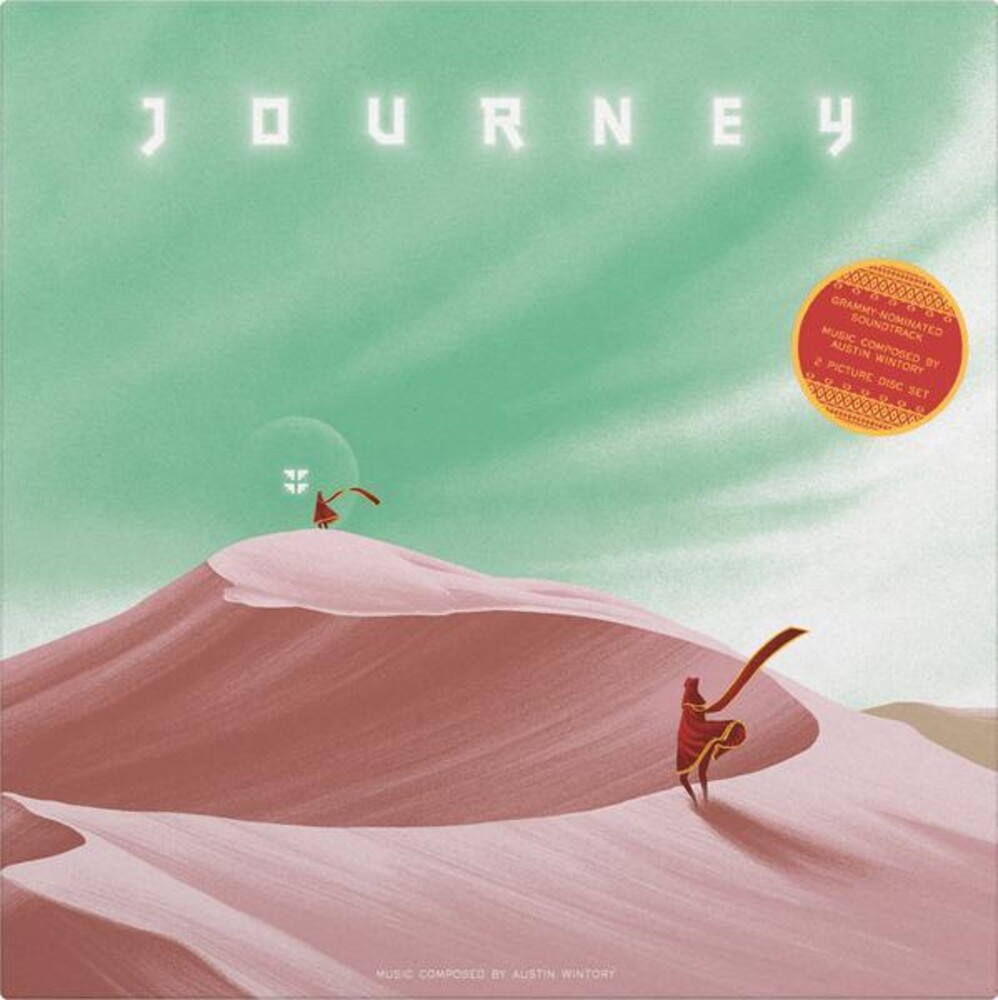 Iam8bit is proud to announce the soundtrack from the critically acclaimed PlayStationr-exclusive video game, JourneyT, available for the first time on vinyl. The result of a superfun collaboration between SCEA Santa Monica Studio and indie developers thatgamecompany, Journey features stunning visuals, innovative cooperative gameplay, and an amazing music score performed by live orchestra and featured soloists. Composed by Austin Wintory, the music from Journey tells a story of it's own and enjoys the honor of being the first video game soundtrack to be nominated for a Grammy Award. We teamed up with acclaimed artist, Mark Englert, to create original album art that honors the beauty and emotional voyage that players experience when traversing the world of Journey. iam8bit began 10 years ago as an art show - so naturally, we view EVERYTHING as a canvas, including vinyl records. This set includes two picture discs, featuring unique art on each side (for math junkies, that's FOUR different sides of visual goodness!). The scarf of the Traveler wraps around the album's perimeter, creating an almost hypnotic effect as it spins. If you pay close attention to the Traveler's robe, you'll notice that the embroidery becomes more ornate as you progress from side A to side D - just like each time you beat the game.