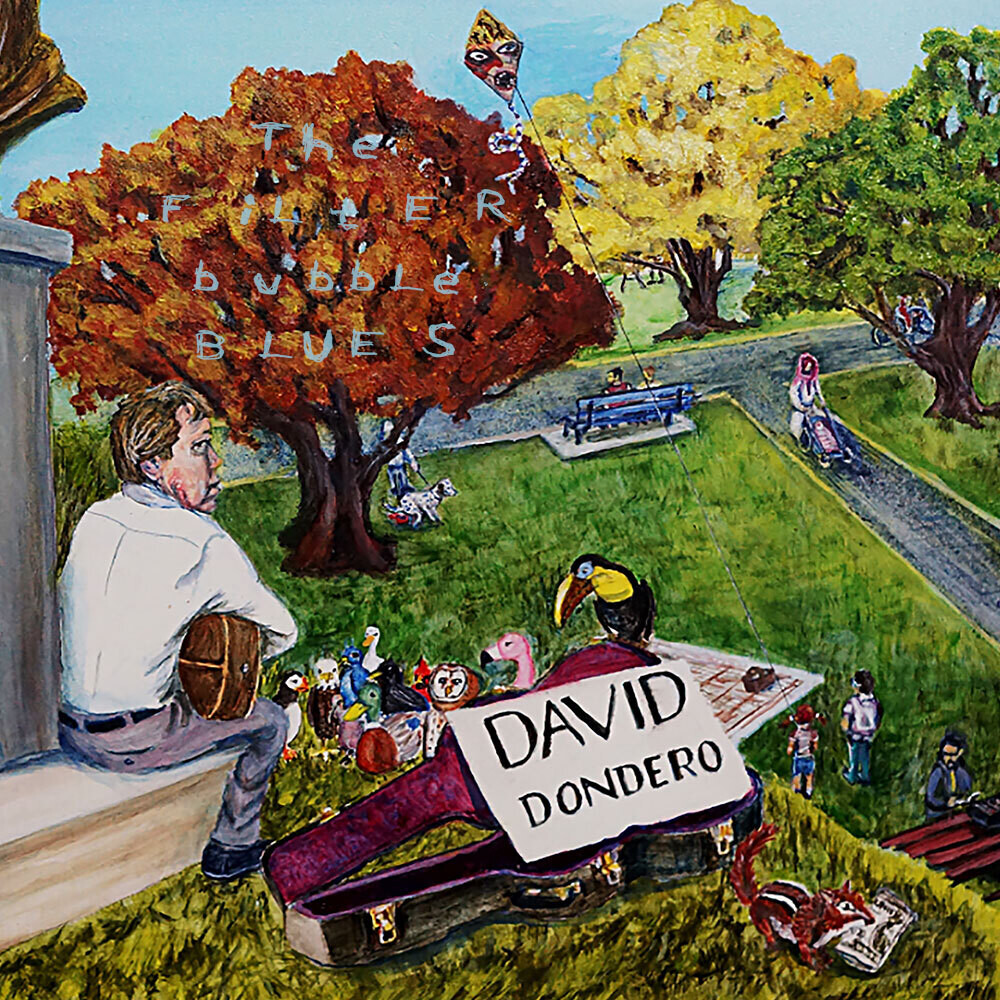 The Filter Bubble Blues, Dondero's 10th LP, is a biting, wary, heartbroken and sometimes hilarious sendup of the dumpster fire that is modern American political theatre and identity politics. Songs of a place hellbent on robbing itself of the last vestiges of what once made it great - or could've made it great if there had ever been any truth in it. Dondero challenged himself with the difficult task of writing thought provoking songs during volatile political times in which most people in America appear to be living in increased isolation, modern convenience, information overload, and entrenched political beliefs. Dondero, once described as one of the 10 "best living songwriters" by NPR considers how this numbness has created a toxic instability which has overtaken our once polite civil discourse and divided people and families.