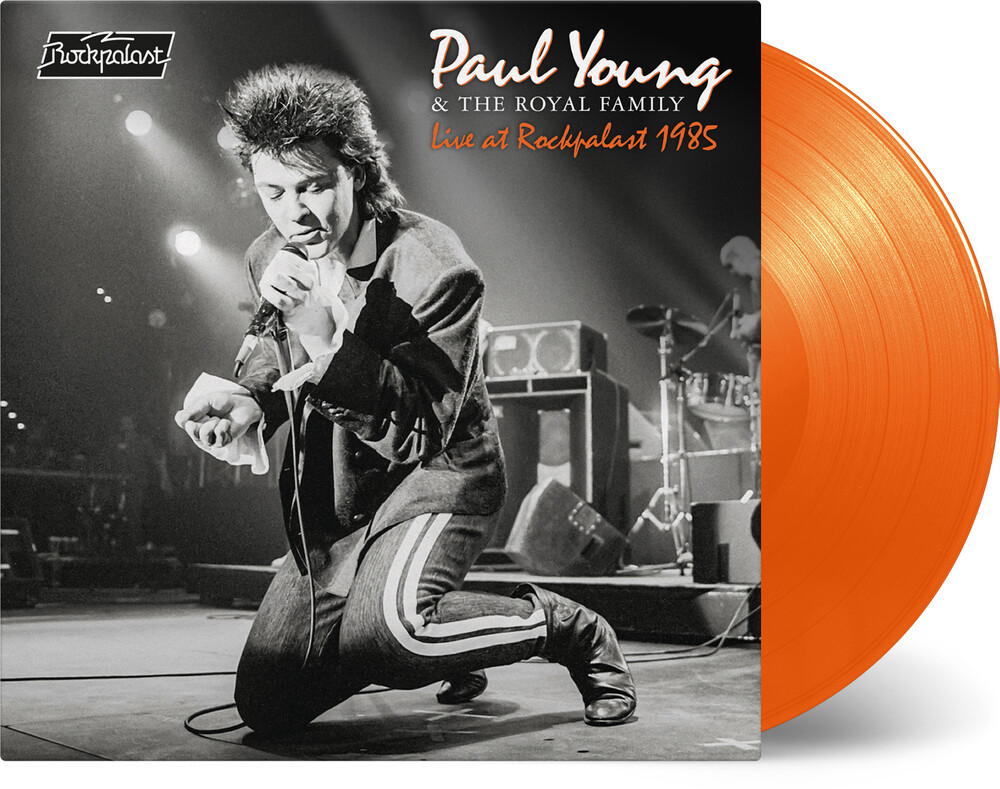 Double 180gm orange-colored vinyl LP pressing in gatefold jacket. Includes insert. Paul Young and his band, tagged The Royal Family, appeared live on Rockpalast in Essen on 30th March 1985. With the finances and backing to bring together a band capable of serving as the perfect foil to his tried and tested white soul/pop amalgam, the Rockpalast shows Young brimming with confidence and at the peak of his pop powers. With a nine-piece band (Young included) they exude a stylish and classy delivery that includes all the hits and album tracks of the period that allowed him to reach a peak of popularity where his boyish and youthful good looks helped propel him into the mainstream pop world. Listening and watching back today three-decades (plus) on it is obvious he had already learned his trade.