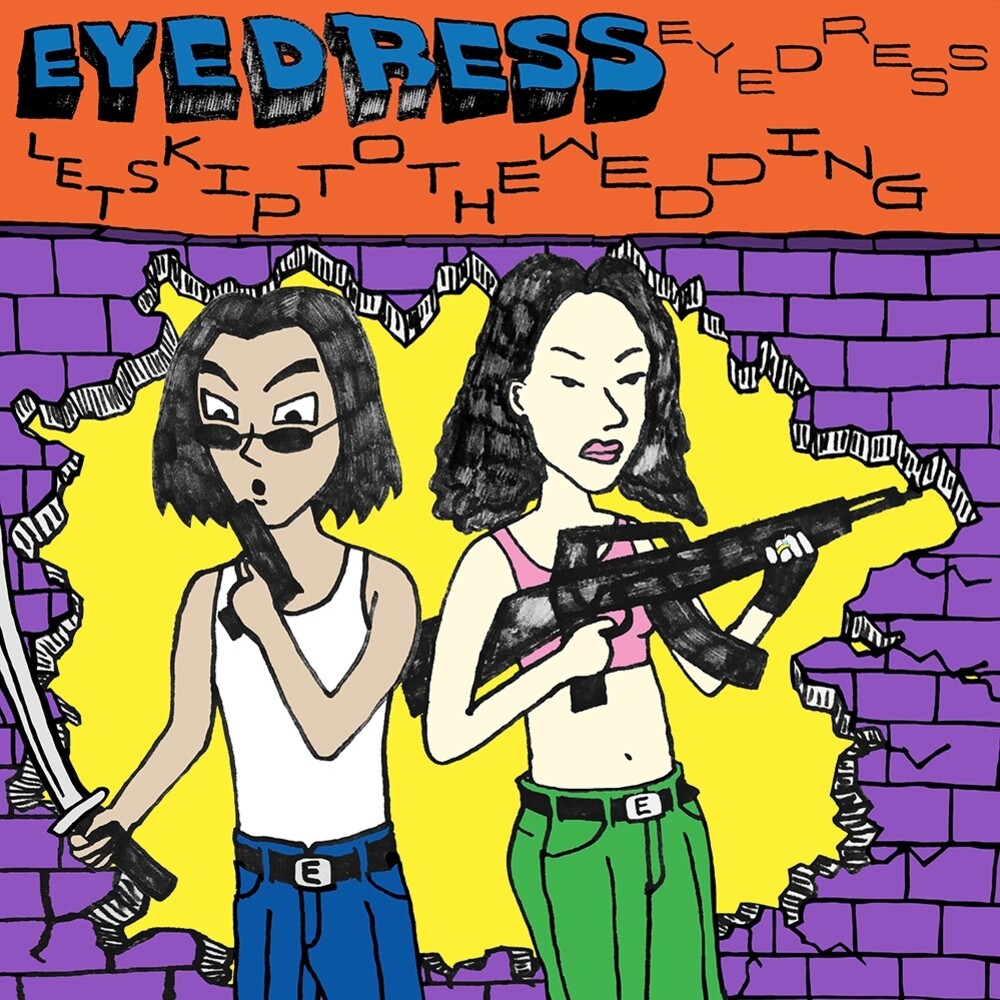 Eyedress returns with a new album, 'Let's Skip To The Wedding' - a loved up remedy for uncertain times. Eyedress is an LA based Filipino singer, musician and producer. 'Let's Skip To The Wedding' is his first album since relocating from Manila to the US in late 2018. A passionate exploration of the themes of love, adjusting to life in a new city, and preparing to welcome a child into this ever changing world. His unique songwriting pairs lovesick lyrics with infectious guitar hooks & his trademark, cold wave inspired, woozy synths. "My next album is for everyone who wants to be in a serious relationship, real simp shit" Eyedress. The album follows his Valentine's Day single, which was championed by Mike D on his Beats 1 show, and 2019's 'Jealous' EP, whose title track has grown to become his most popular to date. Over the past year Eyedress began collaborating with kindred spirits like Cuco, Triathalon and Inner Wave, and earned a reputation for his wild and unpredictable performances, which saw him sharing stages with acts like Homeshake, Enjoy, Jasper Bones, N8NOFACE and B Cool Aid, as well as supporting Inner Wave on their 13 date west coast tour. His last album 'Sensitive G' was a personal reflection of Manila life told through the music of his youth; dreampop, punk & indie rock. In 2017 he released his debut album 'Manila Ice', a record about love and survival in the Philippines. Eyedress has collaborated with King Krule, VRITRA, Fazerdaze and Jess Connelly. "I will continue to create works that send a message to inform and awaken those that are not aware of the social injustices going on around us every day." Eyedress.