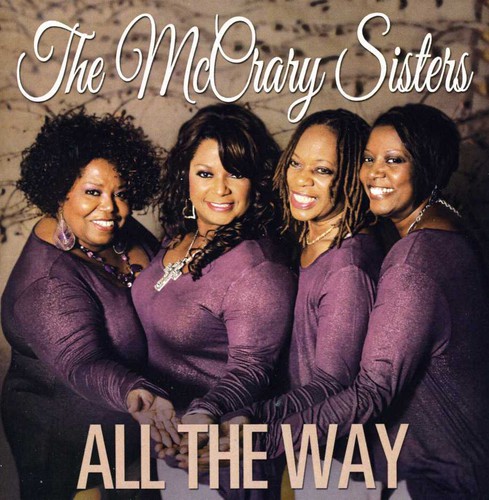 All The Way
Artist: The Mccrary Sisters
Format: CD
New: Not in stock
Wish

The McCrary Sisters have an indescribable inspirational style that is distinctively their own. Their Father, Sam McCrary, was a founding members of legendary Gospel Quartet The Fairfield Four and continues to be their inspiration. These ladies have had successful solo careers which included nursing and background stints with Bob Dylan, Stevie Wonder, Michael McDonald's to name just a few. After many years of talking about it, they decided it was time to come together, and fulfill their destiny. Performing together as The McCrary Sisters, they recorded their first CD 'Our Journey', to critical acclaim. They have performed BGV's on numerous Grammy Award Winning projects from Dr. John's and Sandy Griffin as well as TV appearances including Jimmy Fallon with Dr. John and Dan Auerbauch, CMT 2012 Artist of the Year with Eric Church, Wood songs with Danny Flowers, Music City Roots, Country Music Hall of Fame and others. The New album ALL THE WAY features cover songs 'Skin Deep', 'Right Where You Are' and the new radio single 'Train'. Produced by Kevin McKendree and Tommy Sims.